The Movie: Before Midnight 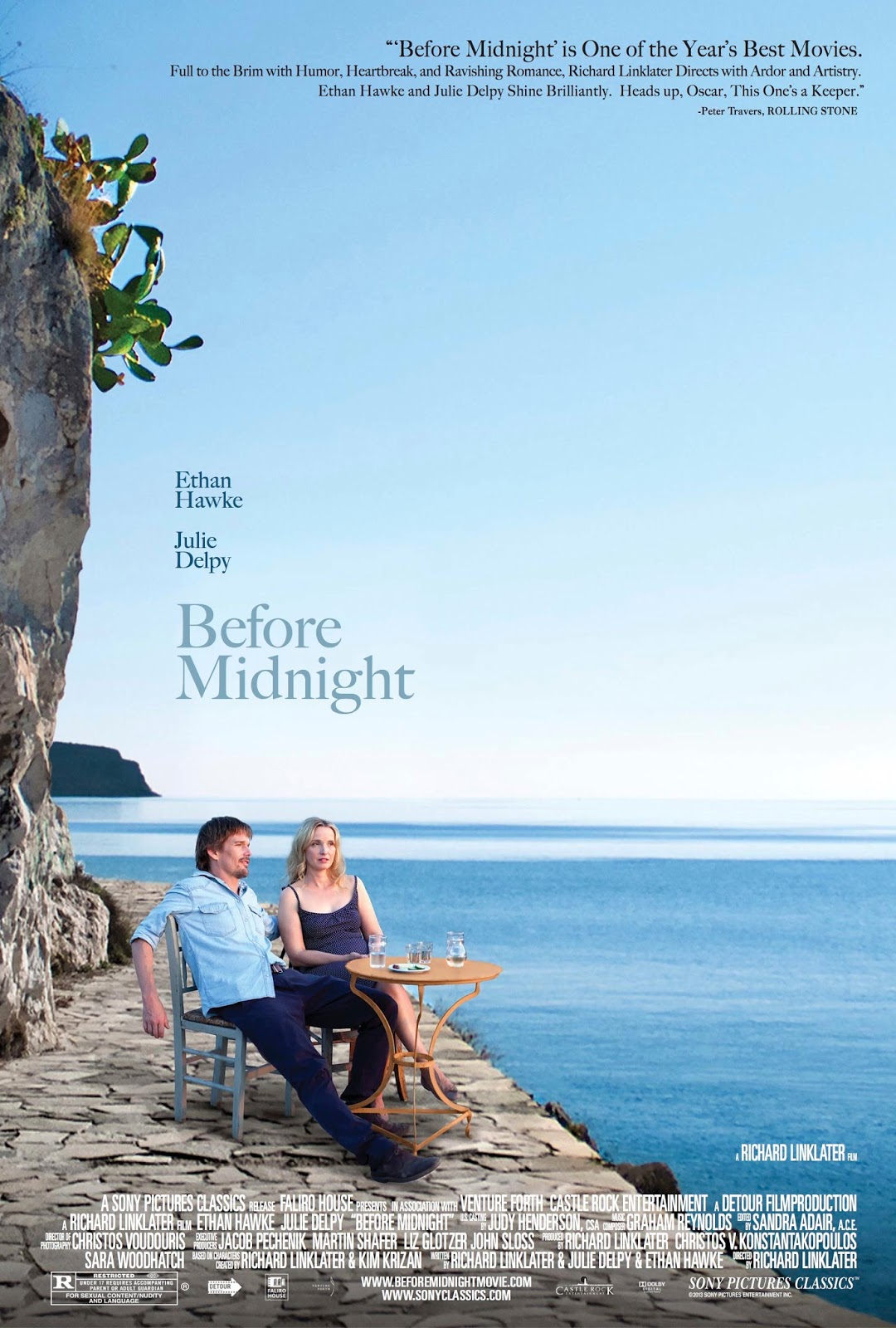 This was my third time flying from Tokyo to Washington DC and I feel like I've gotten my inflight schedule down to a T so I don't get jet lag. I usually watch a couple of movies or just read, then sleep for about 6 hours, and then wake up and watch another movie and get ready to land. The posh older lady who sat next to me on my first flight there told me that I need to sleep at least 5 hours or I won't hold the rest of my day once I land. She drank wine the whole flight and even tossed down sleeping pills with the wine after her advice to me. I'm so glad she woke up.

Anyways, this time I ended up watching three movies: Thor, The Heat, and Before Midnight.

Have you seen any of them? The storyline for Thor was meh but Chris Hemsworth was super hot so that was good. (Who knew Kenneth Branagh directed the movie?) The Heat was hilarious and how could it not be when it features Sandra Bullock and Melissa McCarthy? I think I laughed out loud a few times.

But the movie I really REALLY wanted to see even before going to DC was Before Midnight. I've been waiting for this movie to come out forever and had no idea if it would even make its way over to Japan, so I was pretty excited to find it on the inflight movie list and ended up watching it twice!

For those who don't know, this story really starts when an American man meets a French woman on a train in Before Sunrise and they end up talking the night away in Vienna. They part ways but meet nine years later in Before Sunset where the man, who wrote about their previous encounter, is on a book tour in Paris, and the woman comes to hear one of his readings. He has a flight to catch in an hour so they have a short time to catch up and they do so by talking while roaming the streets of Paris.

I should warn you, there is a lot of talking in all of these movies. And I mean, A LOT.

So in Before Midnight, it is once again nine years after their encounter in Paris and the man and woman are now married and have two daughters. They are on vacation in Greece and...(you guessed it)...they once again do a lot of talking about their life, marriage, and dreams.

It's a good movie and you should try watching it if you don't mind constant conversation and no action whatsoever. Plus the scenery in all the movies are just gorgeous. Personally, I really like it because the end of the story is always sort of vague, which I feel like is part of life. You just don't know what's going to happen or what will change in you or others. But that's what makes life interesting, right? xx