The Sakura Sakura Onsen in Kagoshima 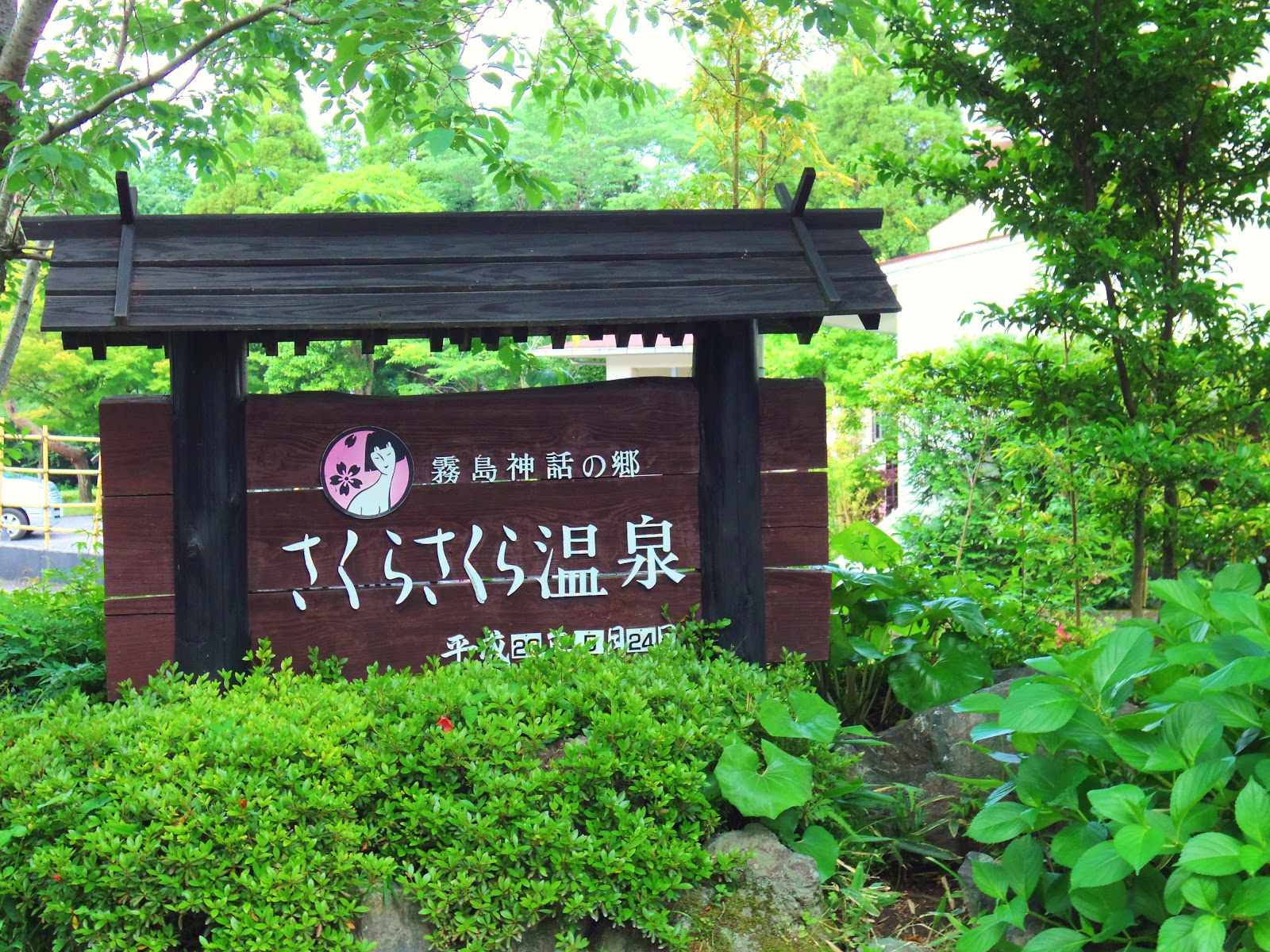 Because Kagoshima is located in the heart of the Western Japan volcanic belt, it has an abundance of onsen. So much so that even the local sento (銭湯 public baths), which is usually regular water in Japan, uses onsen in Kagoshima. My friend's husband, who grew up in Kagoshima, apparently thought that all the sentos in Japan used onsen until he came to Tokyo for college and learned different.

After stopping by the garden cafe, we went to Sakura Sakura Onsen (さくらさくら温泉). Their onsen is a mild-acid sulfur spring and is said to be effective for treatment of neuralgia, stiff shoulders, exhaustion, rheumatism, sprain, and external wounds. So...pretty much everything!

But what they are really famous for is their mud pack. First off, I should probably warn you that the smell is foul. So so foul. It's a mixture of rotten eggs and mold...but you know what I mean if you've ever gotten a whiff of sulfur. Although smelling it from afar and having the sulfur drenched mud on your whole body is a different thing all together. But no worries! Once we started lathering the mud on our bodies, the smell was so bad that my nose just stopped smelling anything at all. Problem solved.

The next step is to let the mud on your face and body dry. (Side note: it takes a while to dry if you spread the mud on too thick so it's better to keep it on the thin side.) There were a few other people besides my friend in the roten-buro (露天風呂 outdoor bath) area, standing around waiting for the mud to dry, and we were all laughing at each other over how silly we looked. And of course every other word out of our mouths were "Kusai! (smelly!)," because it really was.

Once the mud dries, all you have to do is wash it off with the onsen shower and voila! You may still stink of sulfur but your skin will be shiny and smooth like a newborn baby! Of course, you don't have to do this mud pack at all. It's not mandatory and you can just enjoy the onsen and roten-buro outside. But it's fun and silly so I would definitely recommend the experience, if you don't mind being a little stinky for a few days after.

On our way back, we saw a waterfall and stopped by to admire it. Maruo Falls (丸尾の滝) may look like any old waterfall. But in fact it's quite rare because it is a hot waterfall. That's right. The water flows from the onsen source of Sakura Sakura Onsen! Also, we were there during the daytime but the waterfall is apparently lit up at night, so you can enjoy the steamy view in the dark!

Here are some photos of the onsen and waterfall: 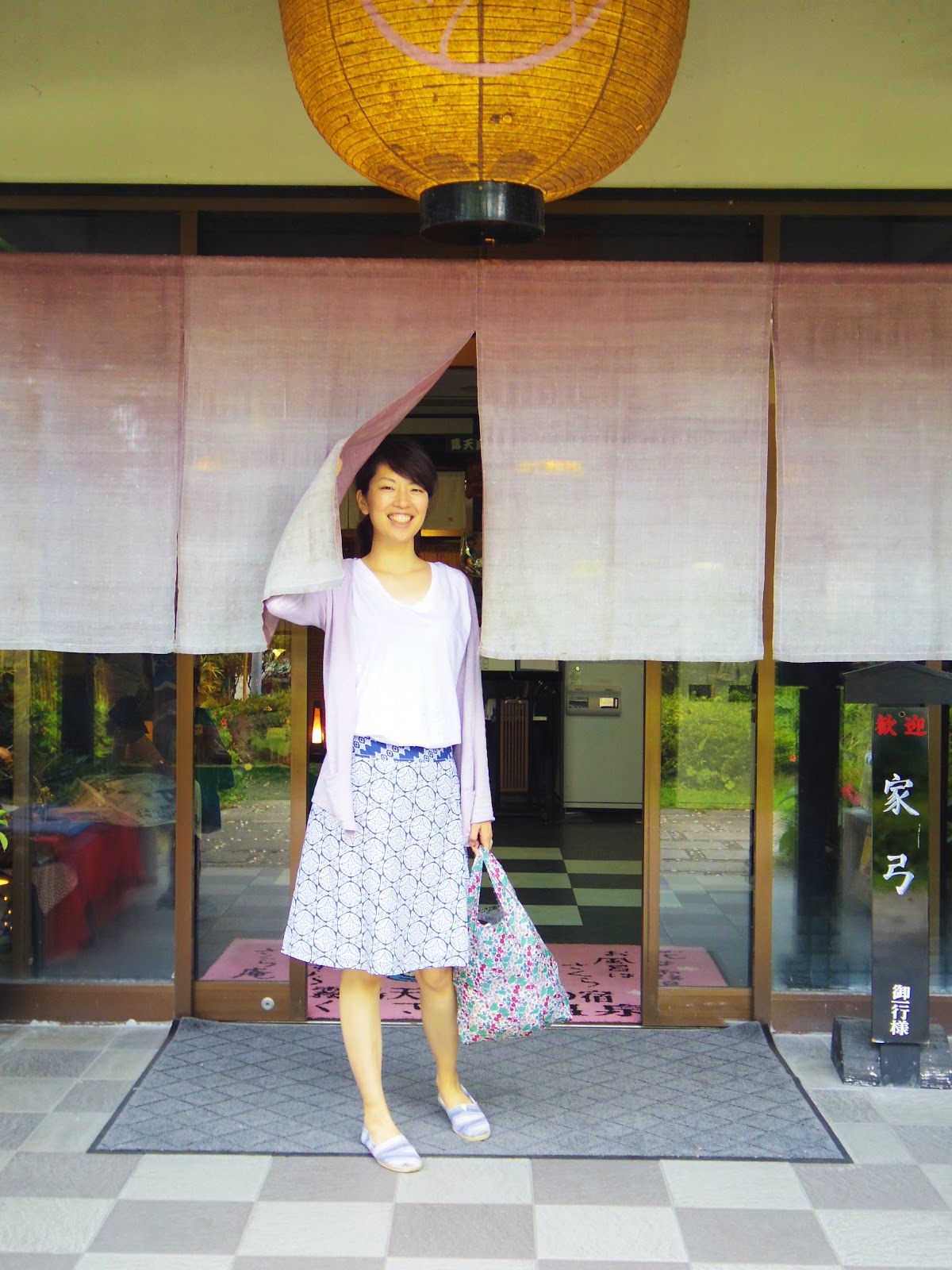 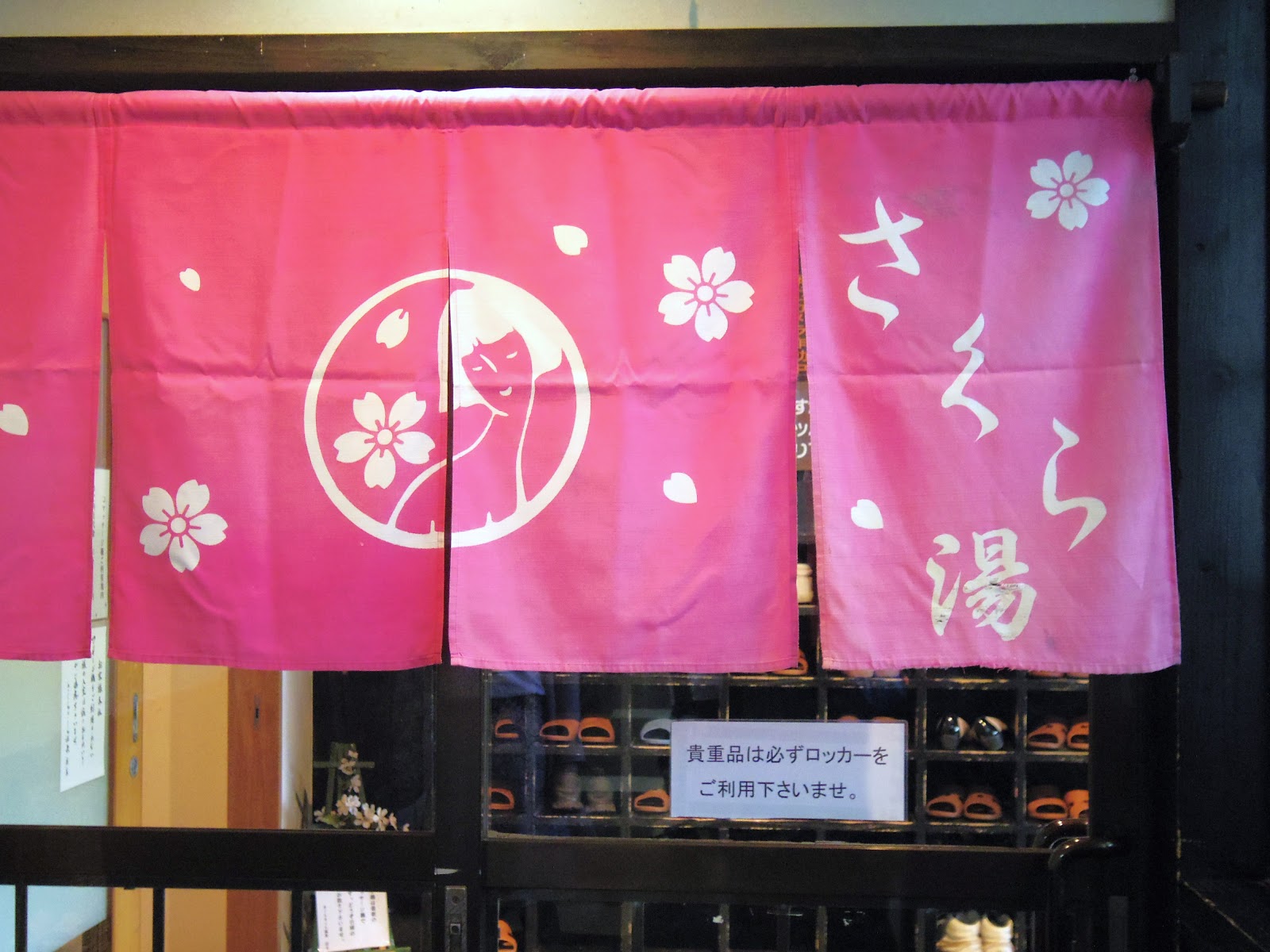 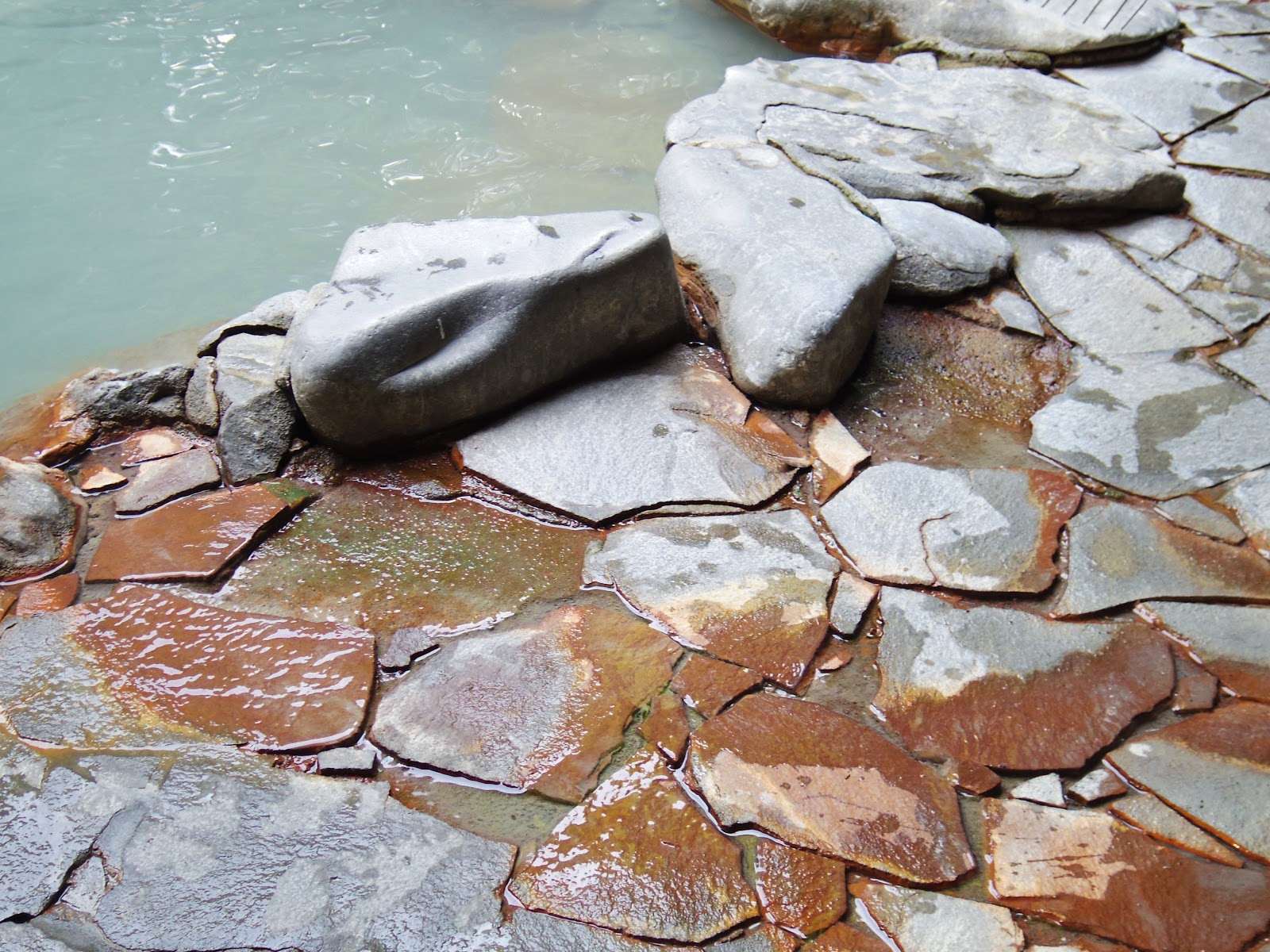 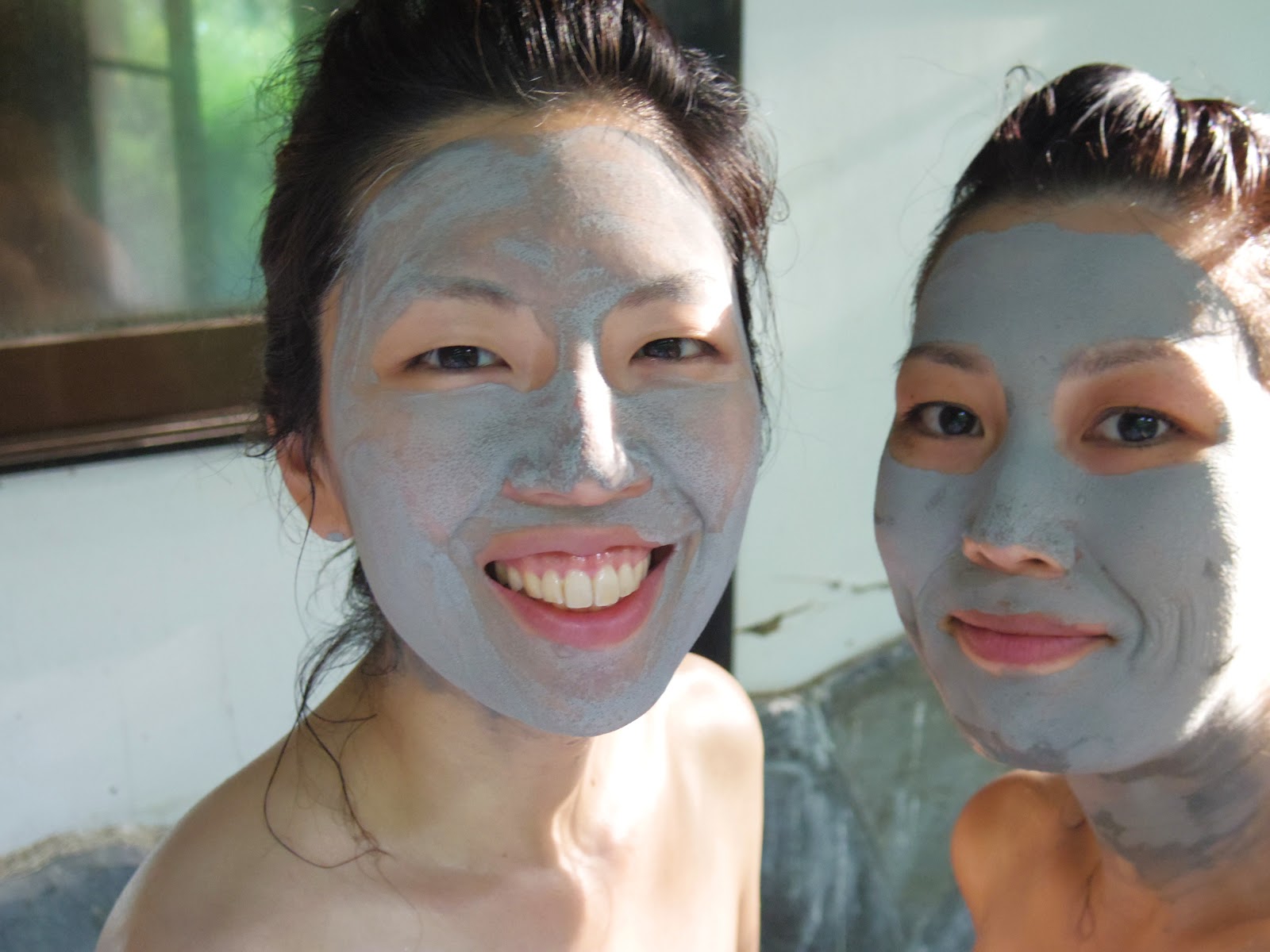 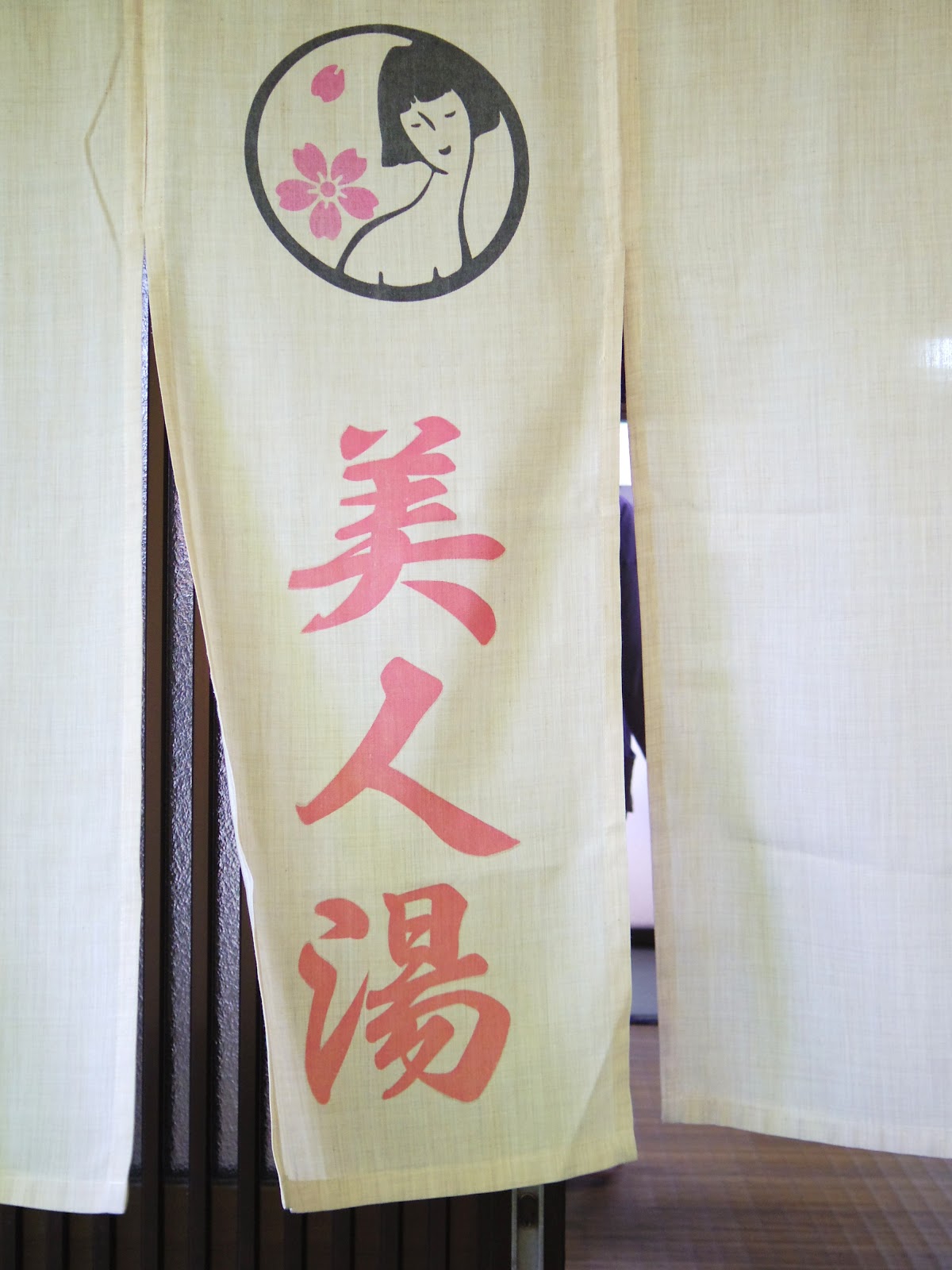 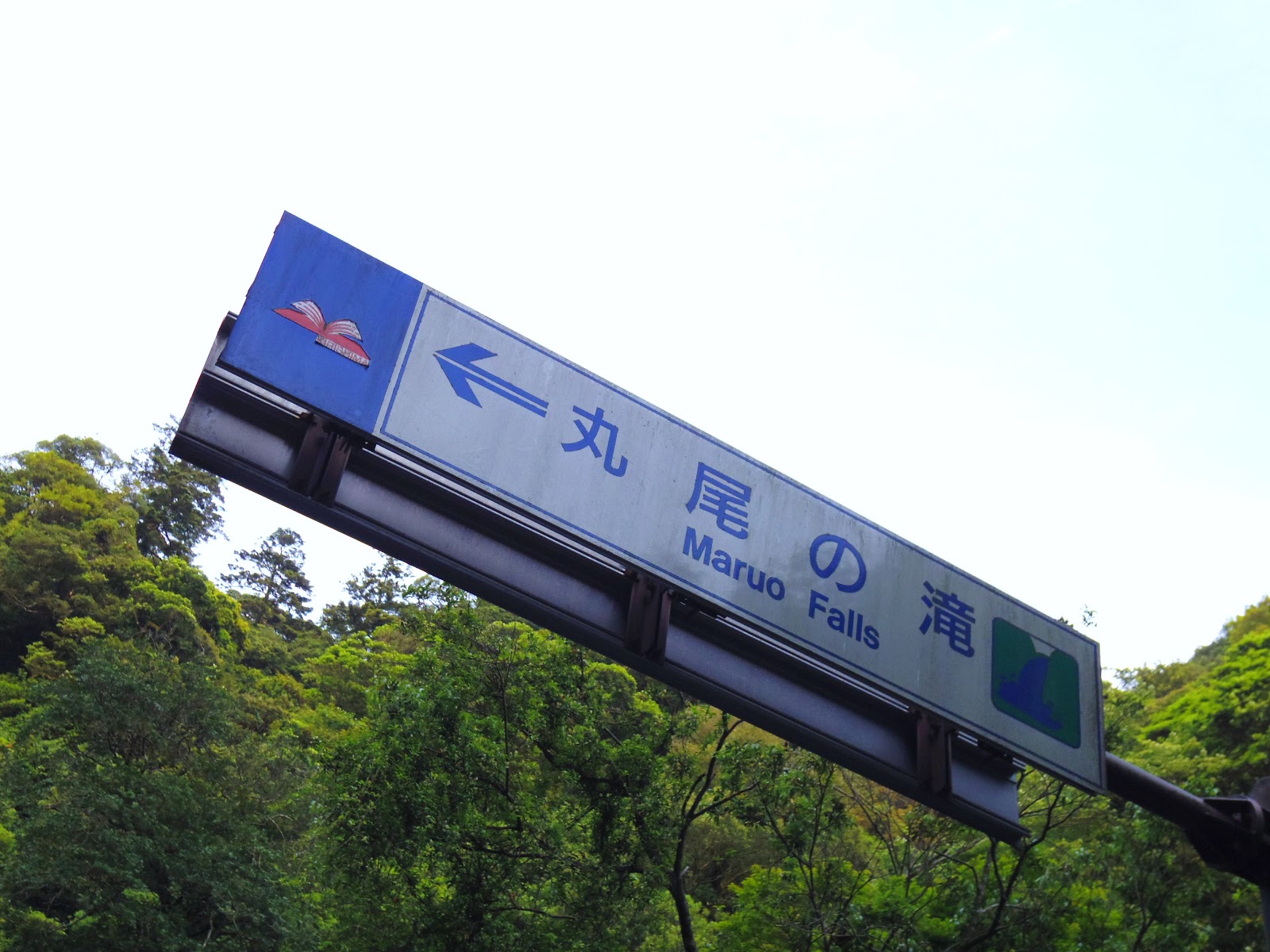 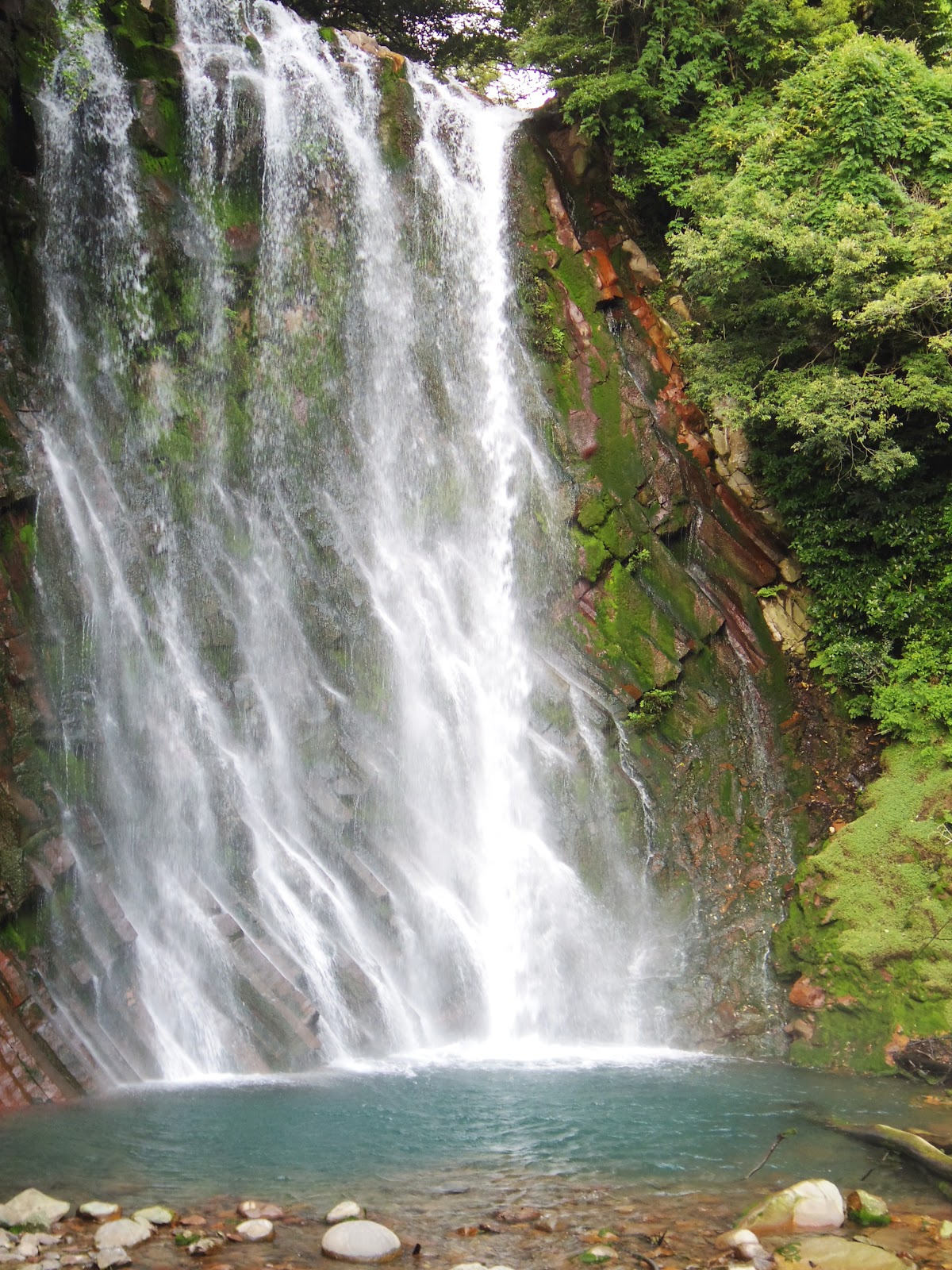 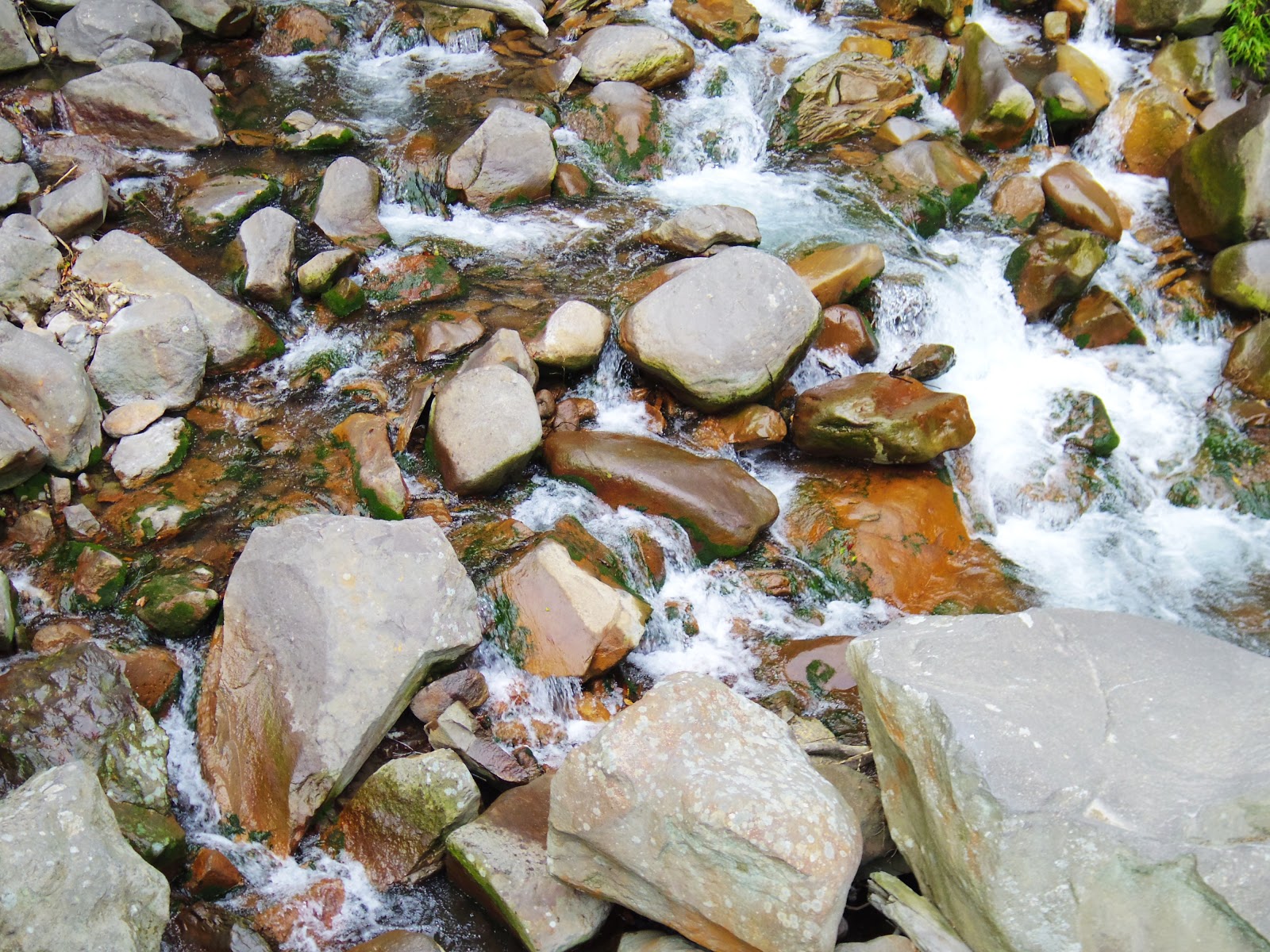 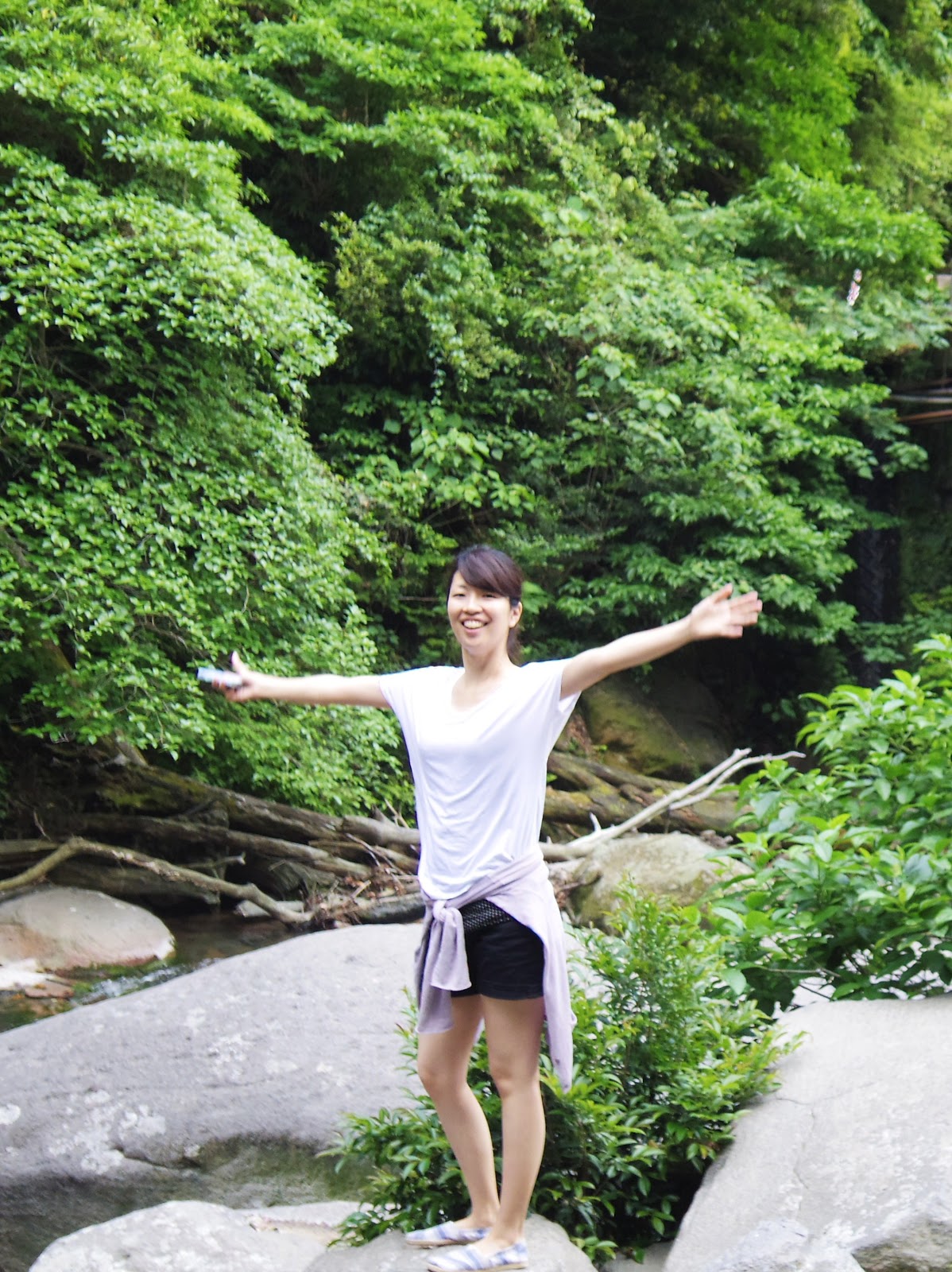 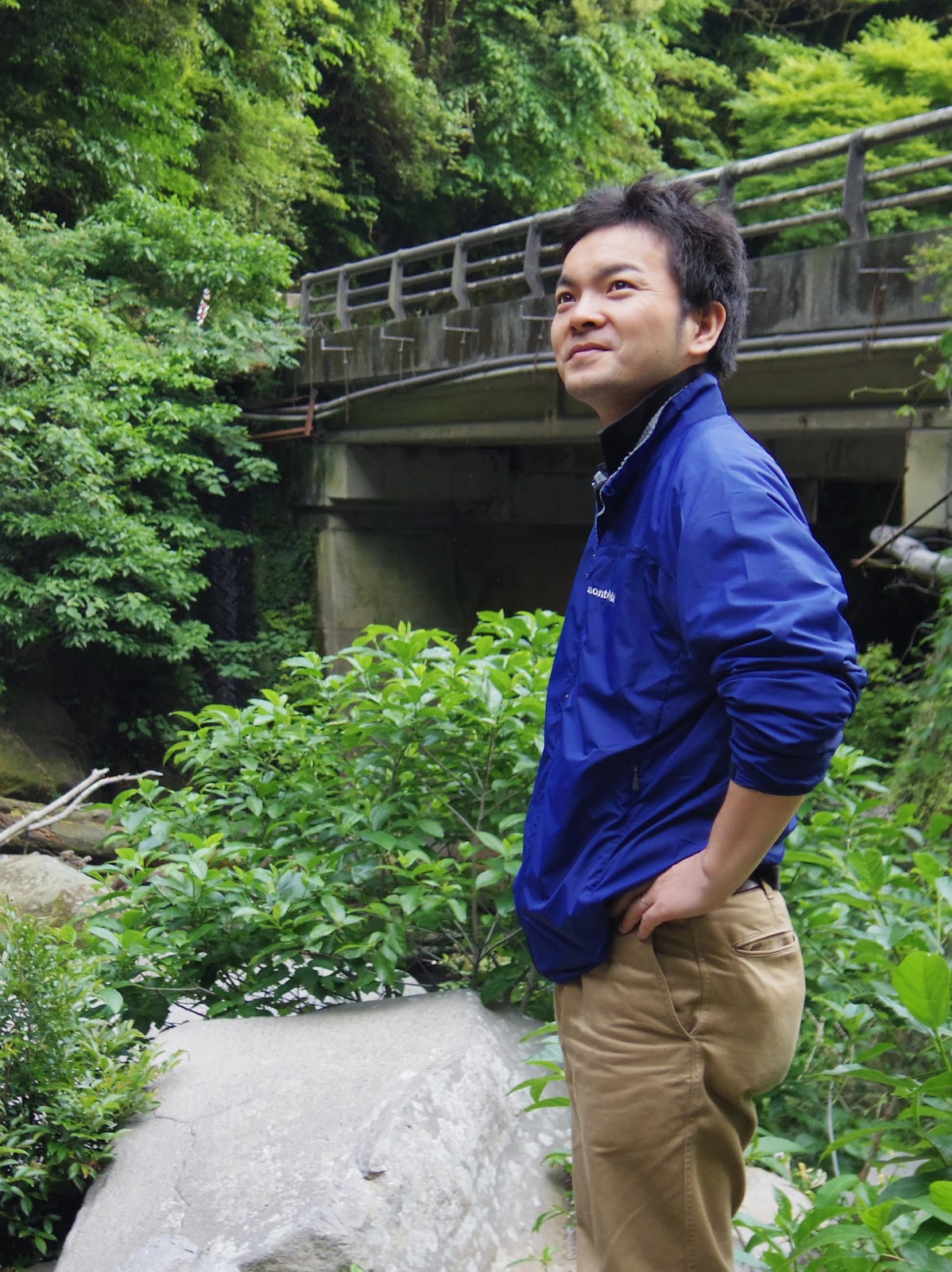 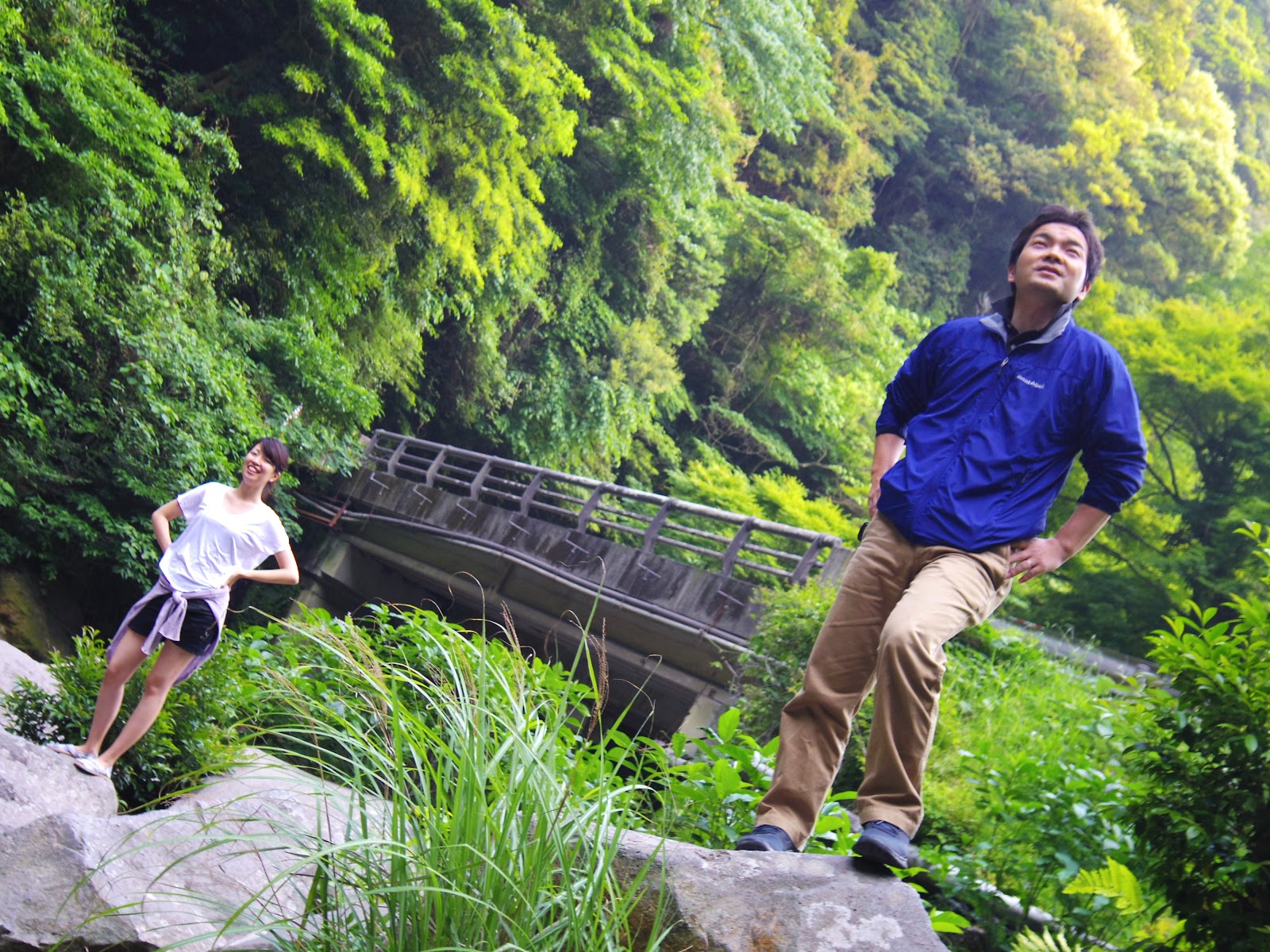 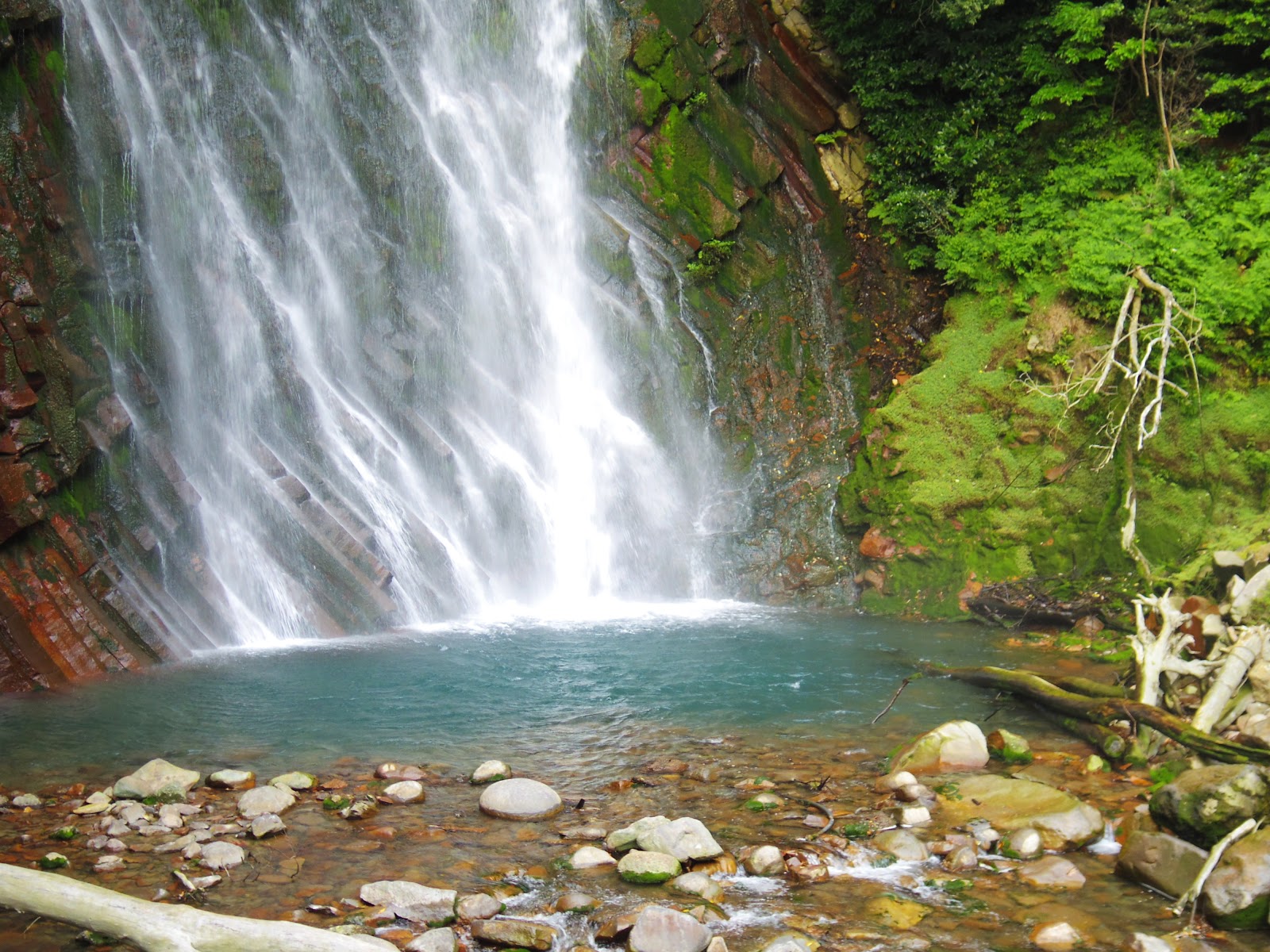