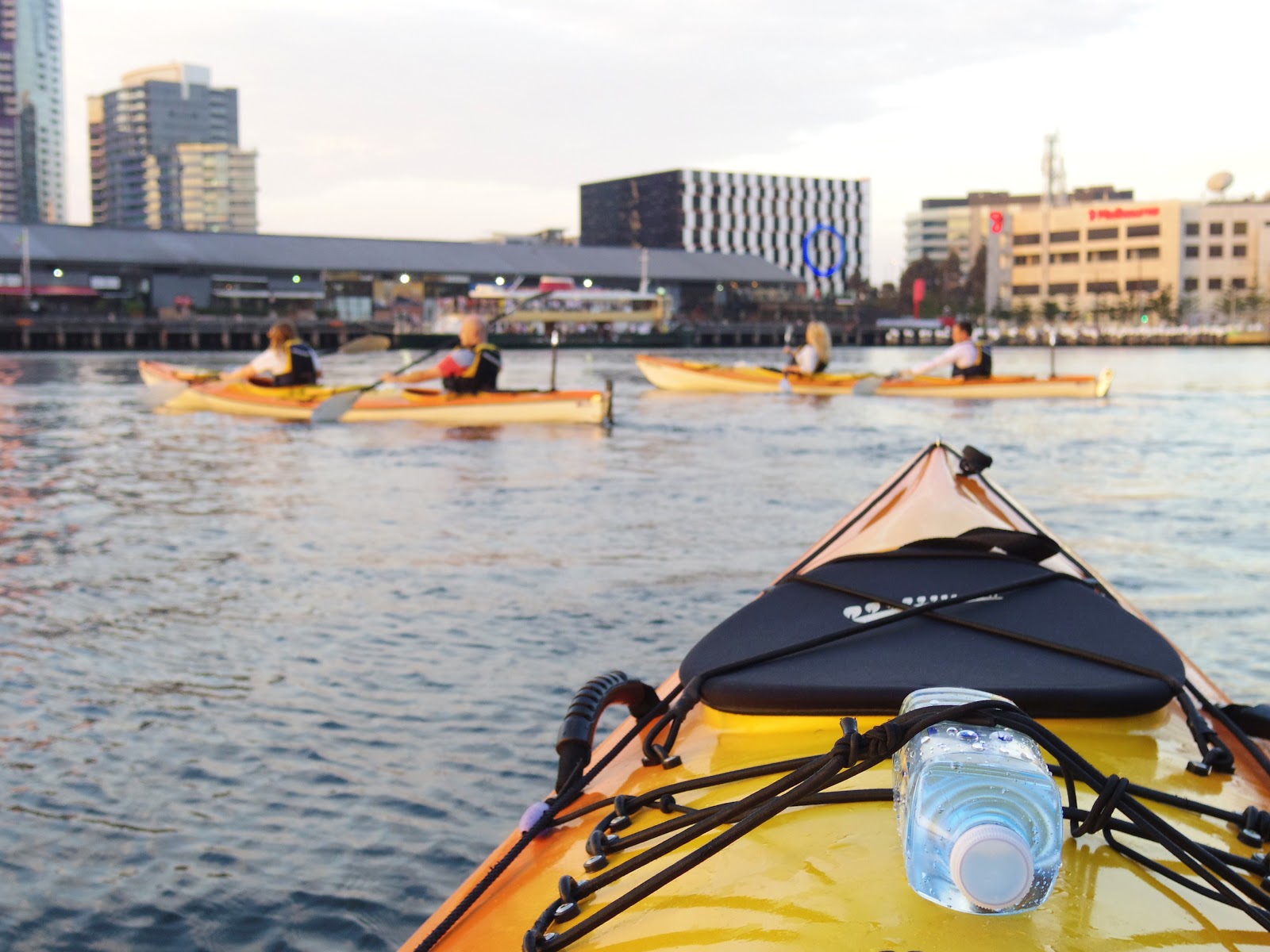 It's been years since I last kayaked.

But what better time than now to give it another go? Especially when Kayak Melbourne provided such a unique tour of the city on Melbourne's waterways! R and I chose the Moonlight Kayak Tour that would start at dusk in the Docklands and take us through Victoria Harbour, then up the Yarra River and ending near Federation Square.

R and I were pretty excited about this kayak tour. After spending some time at the Bathing Boxes in Brighton, we stopped by our Airbnb so I could change clothes because my delayed luggage was finally delivered. Then we hightailed it to the Docklands...and I mean we literally ran from the station because we were almost late.

One thing I always have a problem when I'm travelling is the time difference. I'm not talking about the jet lag. I'm talking about punctuality and how it varies depending on where or who you're dealing with. In my tiny corner of the world, when you have a commitment, "on time" usually means 5 minutes before to exactly on the dot. Maybe it would even be okay to be within 5 minutes late. But any time after that, you either need to lie and say that you're not feeling well or pray that your train will be delayed...because just being sorry will not make it right.

So when I go out into the world, be it somewhere else in Japan or overseas...I always expect everyone to be in the same "time zone" as me. Which is a mistake, really. Because people can be much more flexible with time, especially when associating with travelers, and some cultures are naturally a lot more laid back. I always wish I were one of those more laid back people.

Well, all this to say...we were running our butts off from the station because I was super worried if we were late at all, the tour would start without us. R was pretty sure we were fine but I wasn't so sure, which is why I made us run. I mean, even the confirmation email asked us not to be late. Why would they write that if they didn't expect us to be on time? But when we finally made it to our starting point (almost 10 minutes late!)...we were only the second group there out of the five groups that were taking the tour that day.

This happens to me ALL the time. I probably need to learn that sometimes time is not of the essence. Or maybe just learn to go with the flow and not be so uptight about punctuality when I'm travelling? It's something I should probably work on, to be more flexible with the concept of time.

Anyways, once I knew we weren't "late" and got my breath back, I was once again excited about going out on the kayak! And I am so glad we did! Kayaking is so much fun! To my surprise, I really sucked at it...but that did nothing to diminish my excitement. Ha!

We had a fantastic 2.5 hour tour with a grand view of the sunset. I loved seeing the city from our kayak. We even got something warm to eat, which was great since it did start raining a bit at one point. But the sky held out on further down pour and we got to enjoy the night scene of the waterfront area as we made our way up Yarra River!

I really need to kayak more often! (Still not deterred by my lack of rowing skills...)

But our night was still not over. Right after we said good bye to our kayak buddies, we turned the corner and stumbled upon Foxtel Festival Hub. Apparently it's an annual festival with both free and ticketed events. R recognized one of the bands performing so we ended up getting to see both Kormac's Big Band and Snarky Puppy perform live! Yay!

I'd never heard either of them before but instantly fell in love with their groove. Plus, they both had trumpet players, which is one of my favorite instruments. So so good! Needless to say our night ended on a high note! 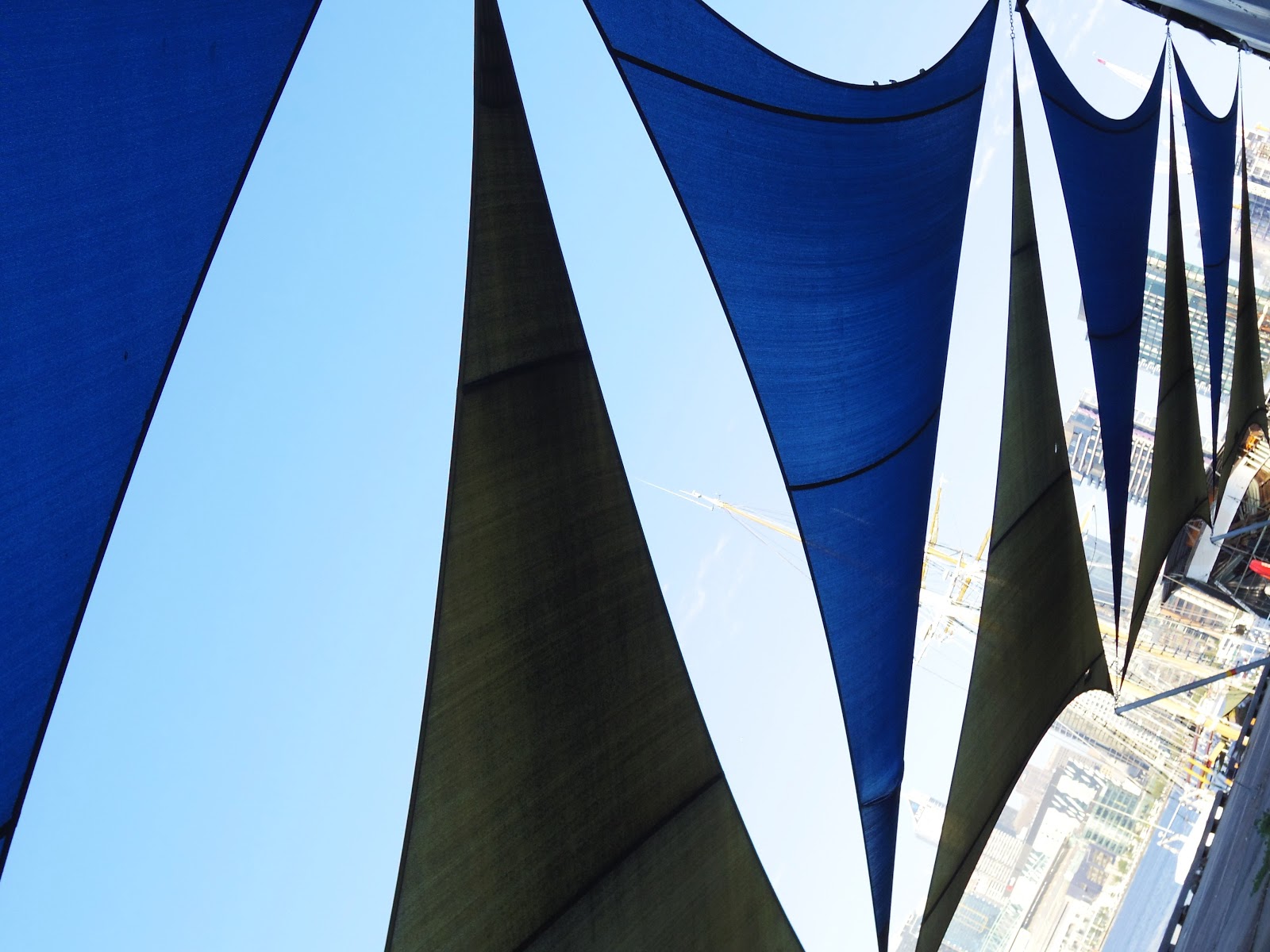 Our meeting spot for our Kayak Melbourne tour down by the wharf. Aren't the kayaks so pretty? 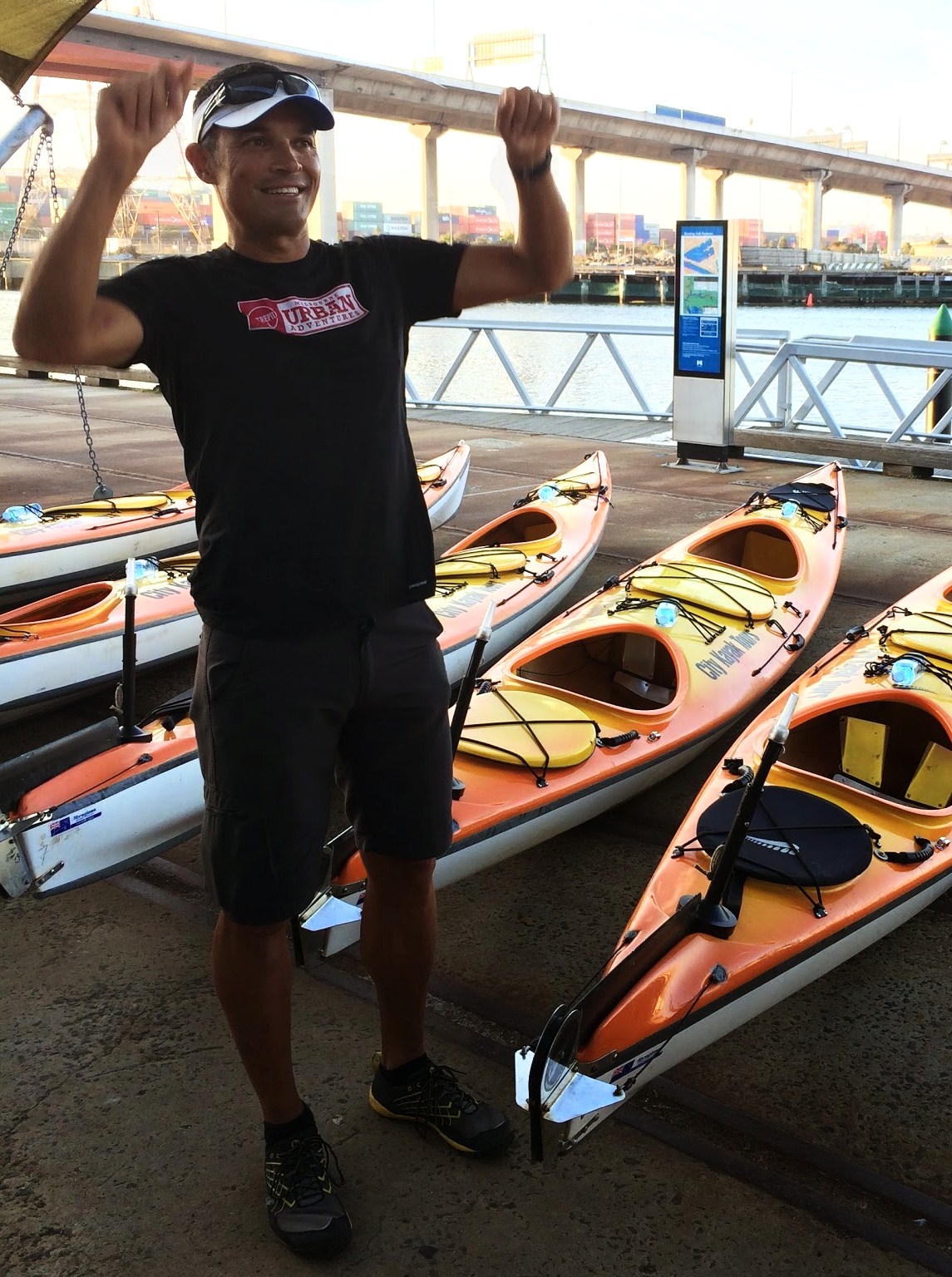 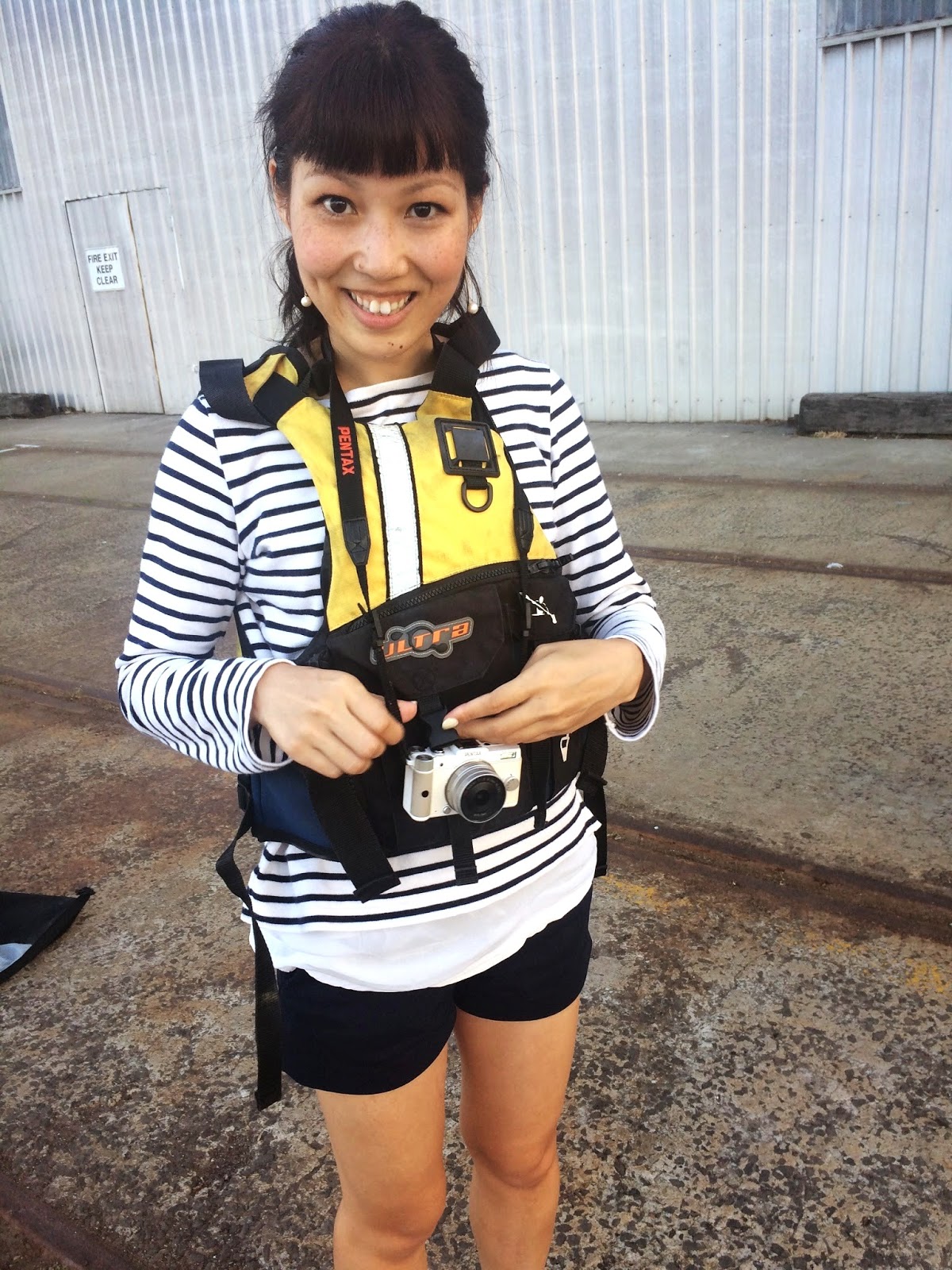 This was our amazing guide Kent...and me putting on my life jacket. (Photos by R) 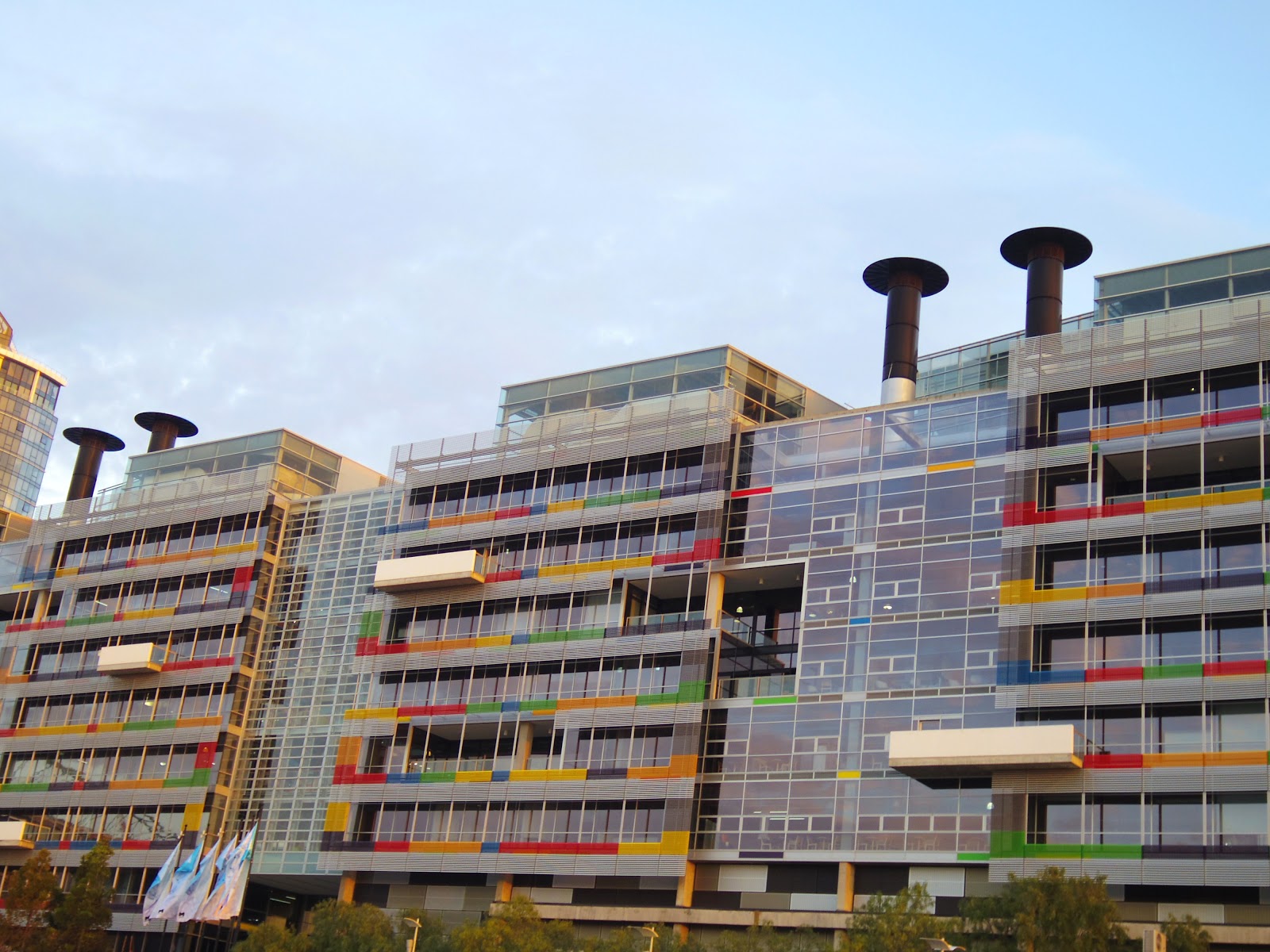 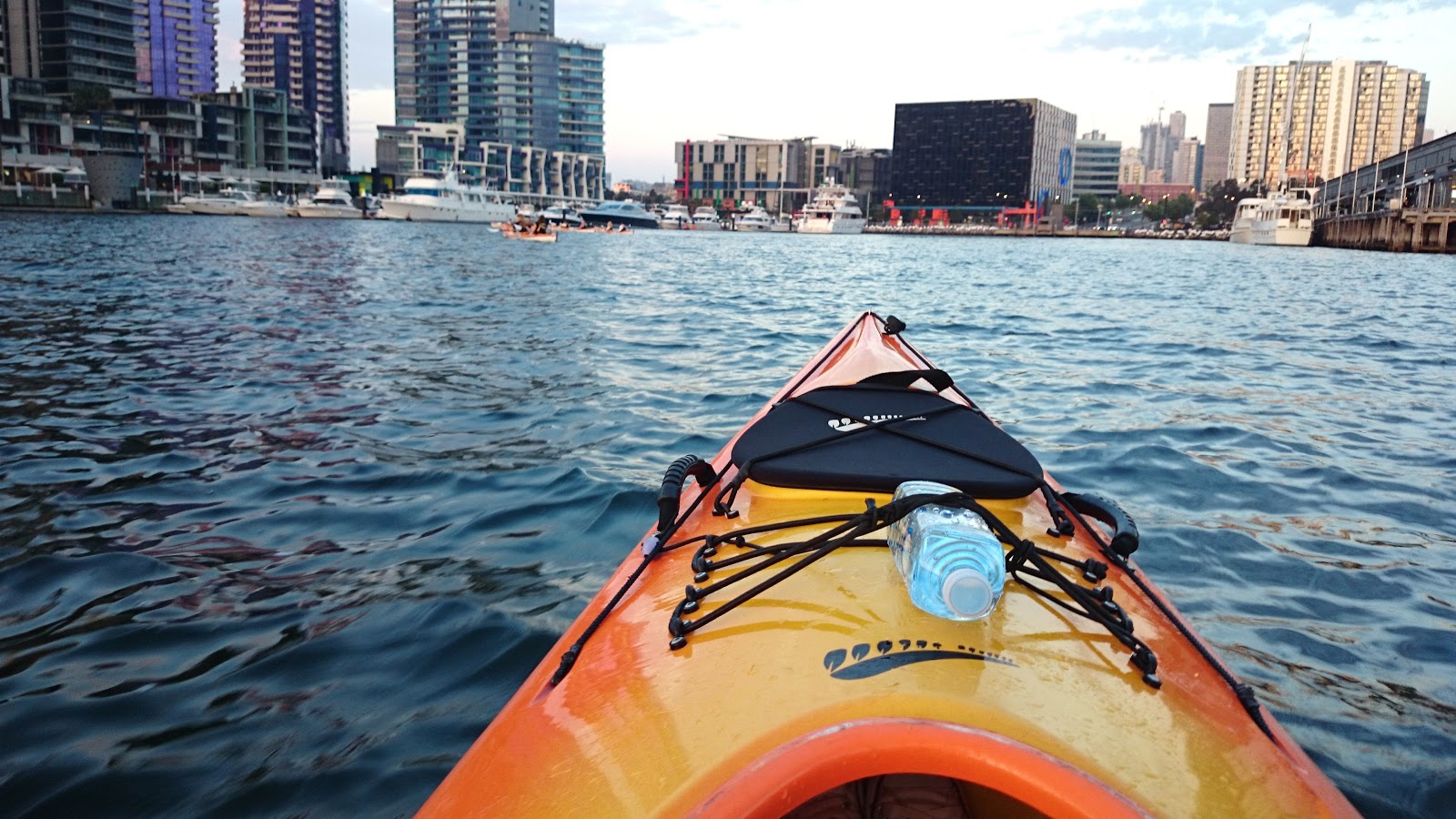 Making our way around the harbor...I may have sucked at rowing because I kept taking pictures! 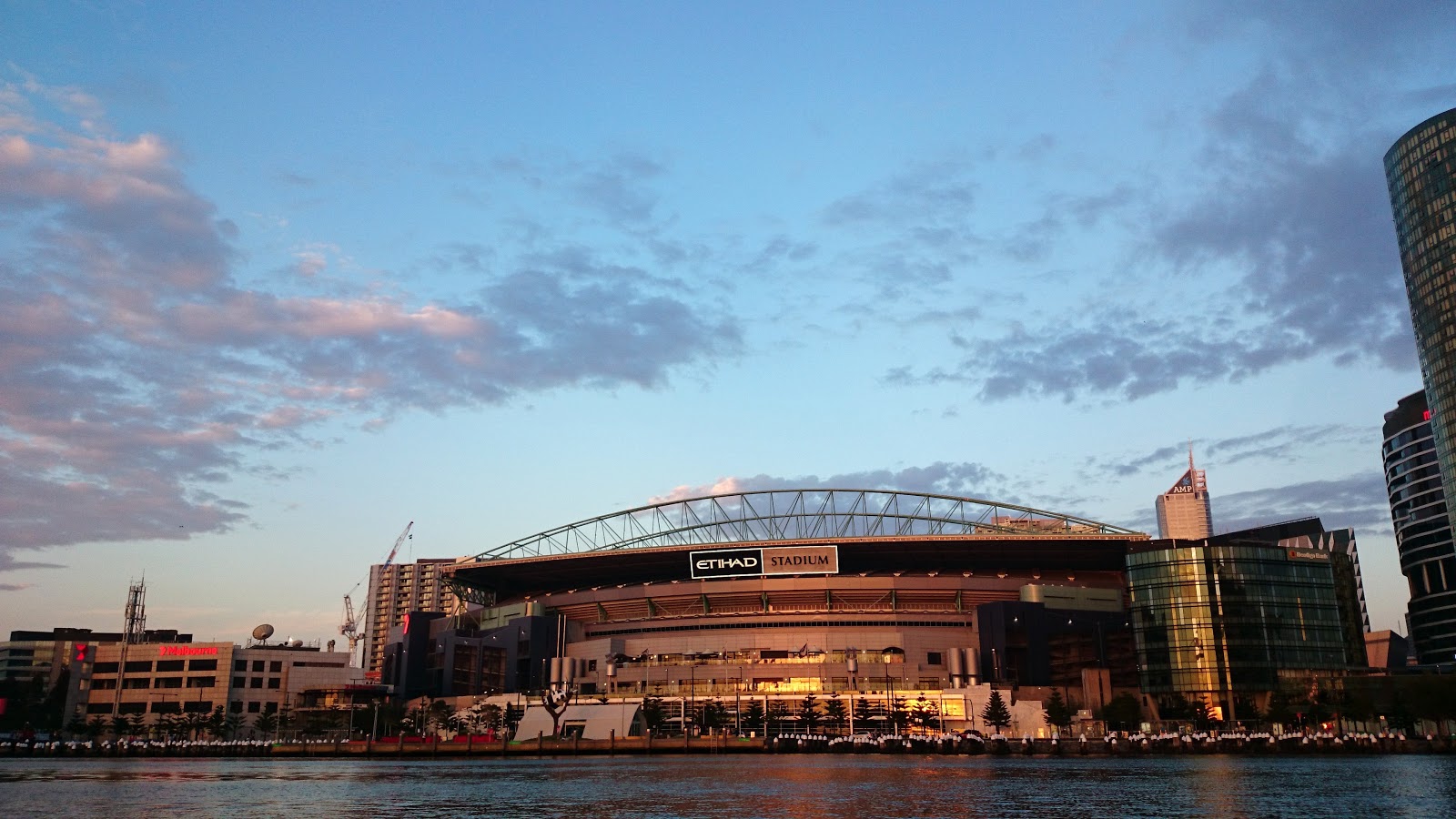 The impressive Etihad Stadium is also the headquarters of the Australian Football League.

The sun was setting just as we made our way around Victoria Harbour. (Photo by R) 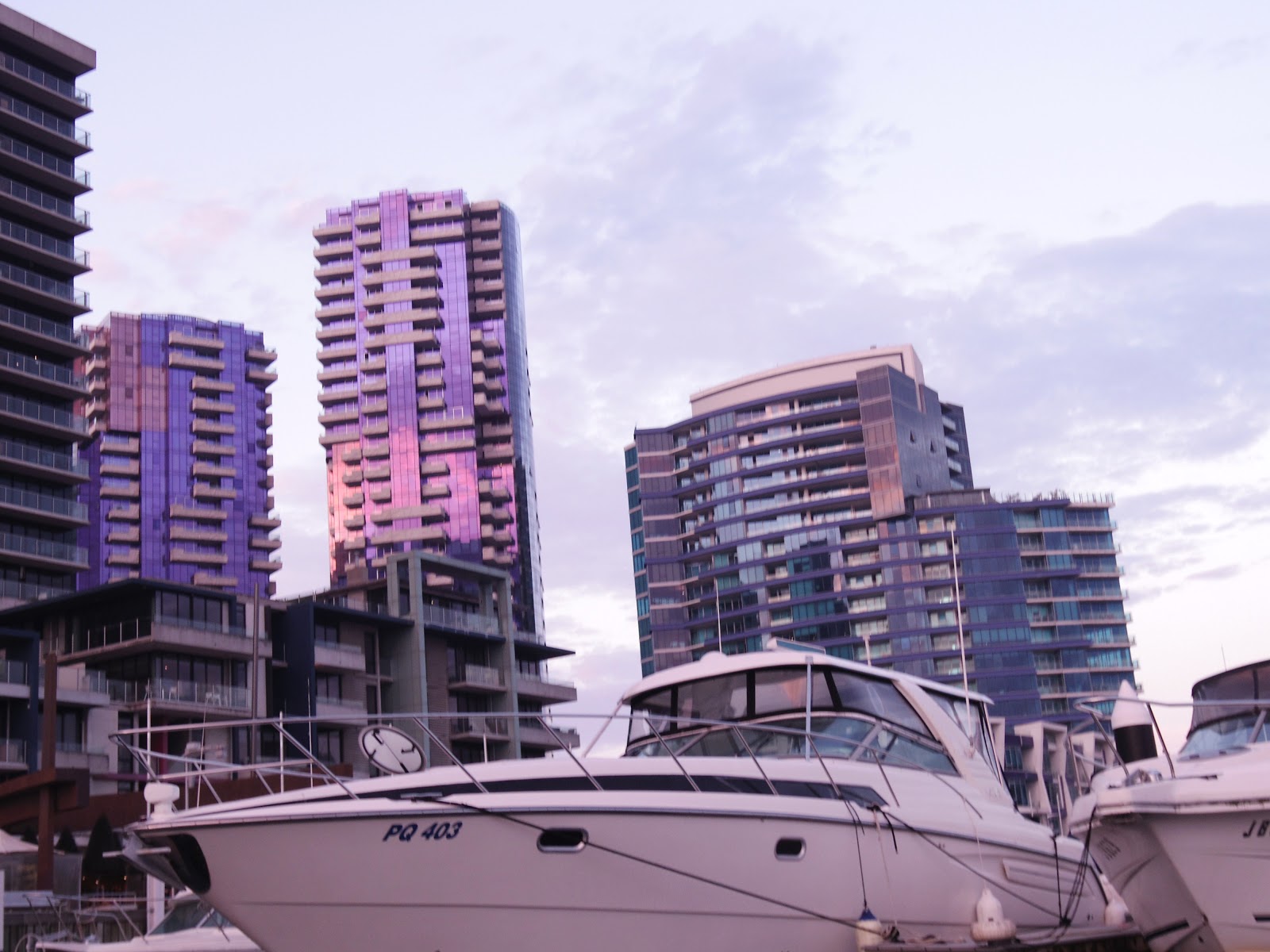 The sunset reflecting on the various buildings around the Docklands. 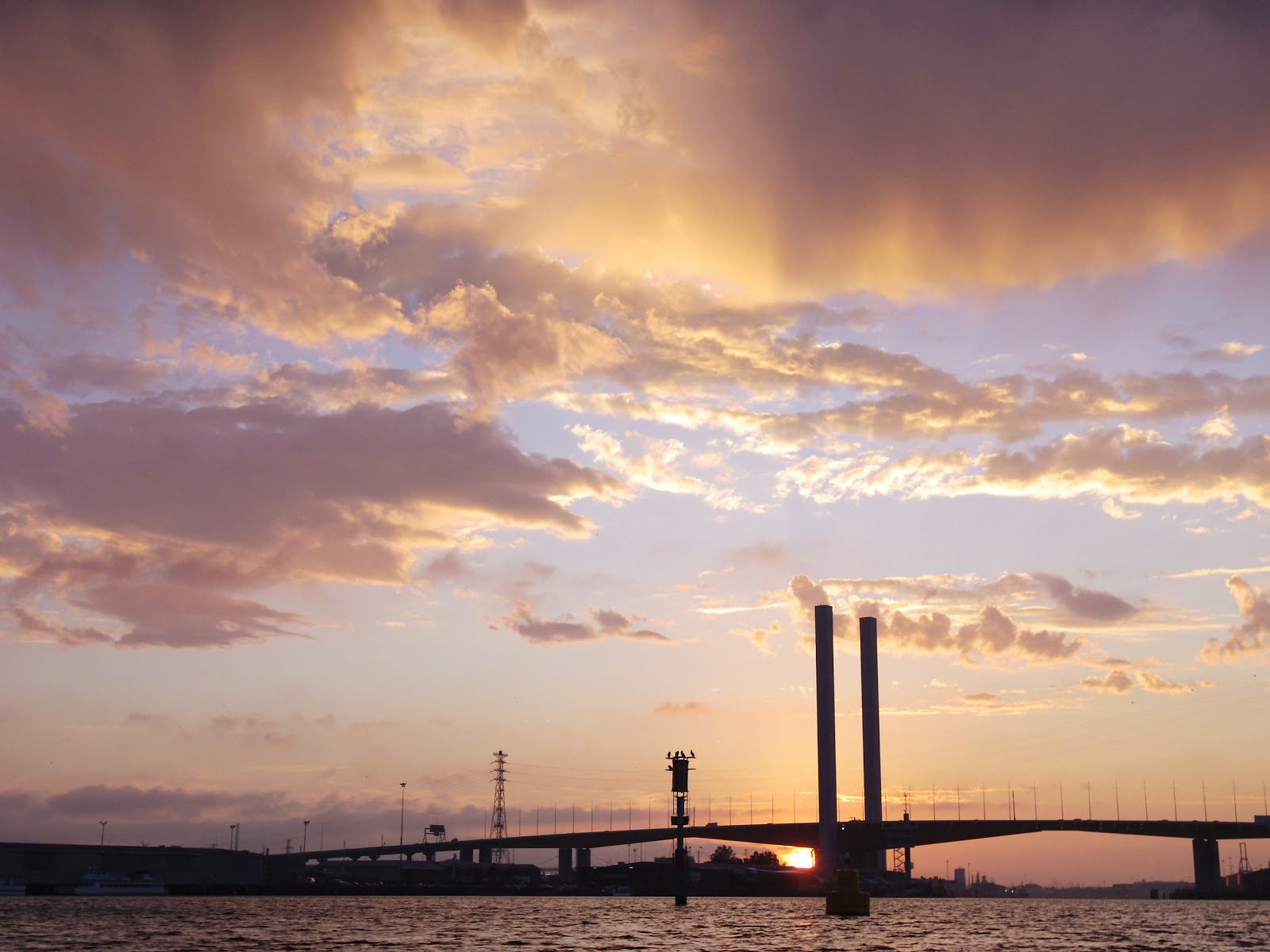 A view of the Bolte Bridge and its random decorative towers at sunset. 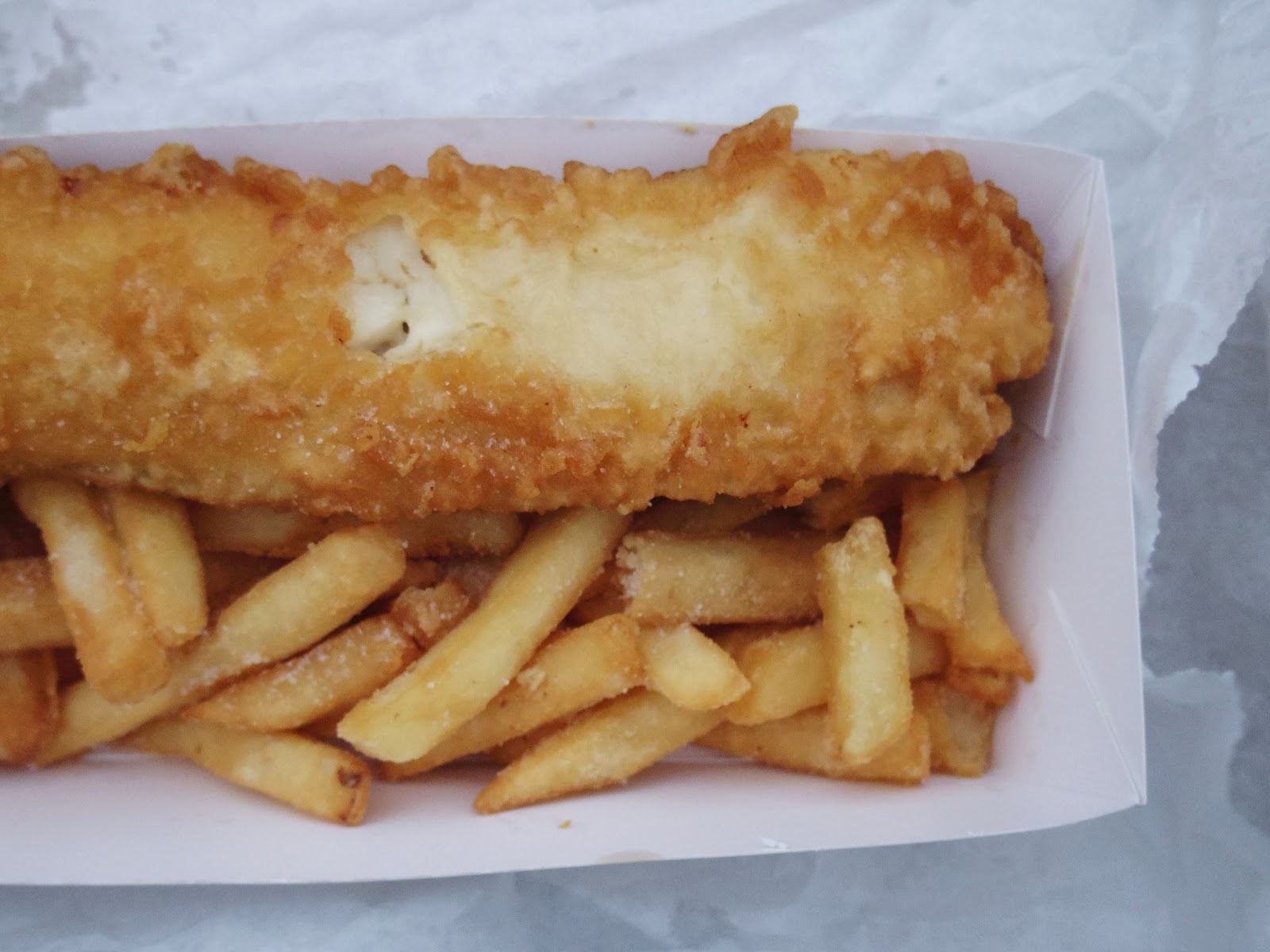 Yummy fish n chips were just what we needed to power our way upstream. 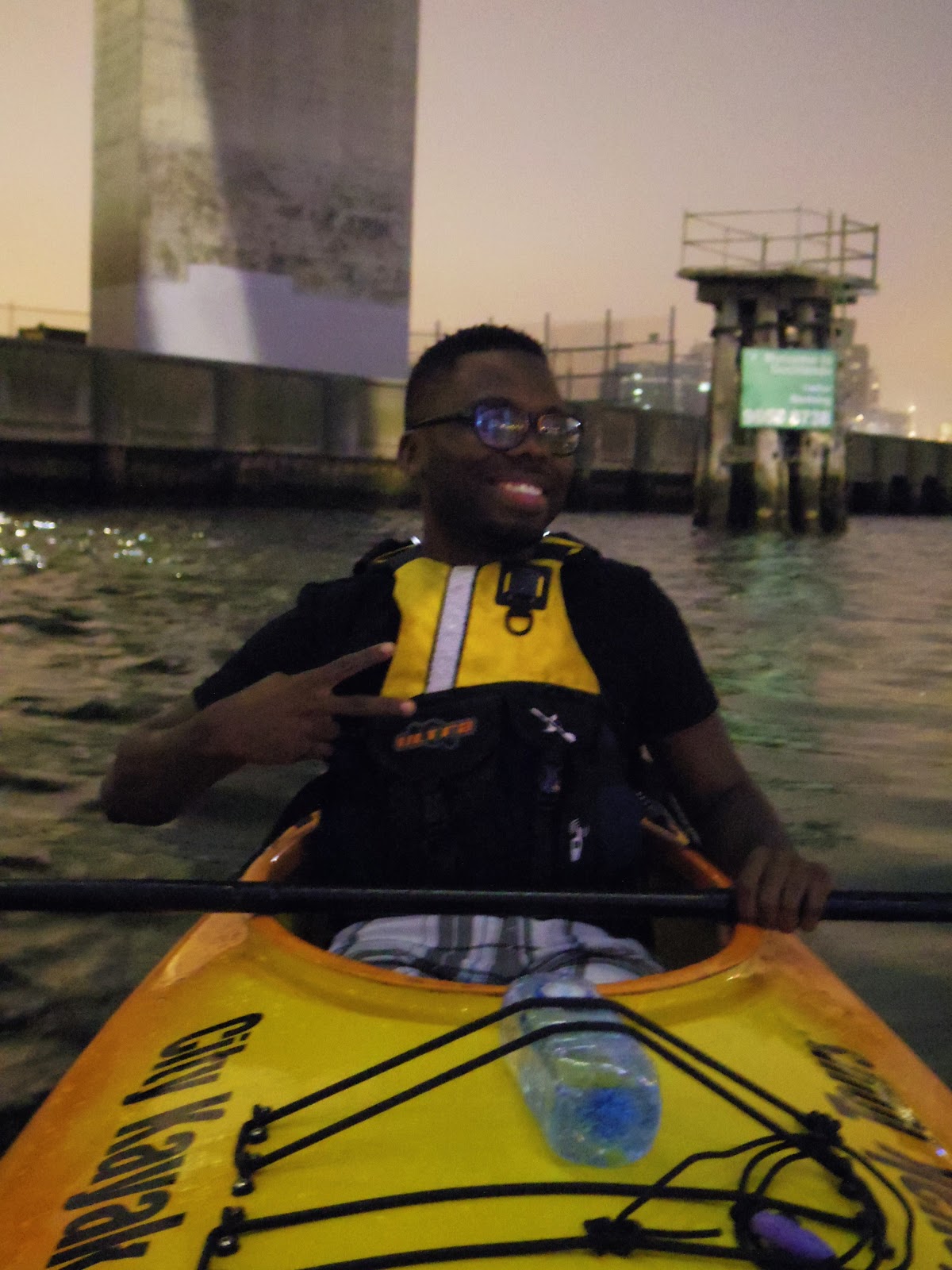 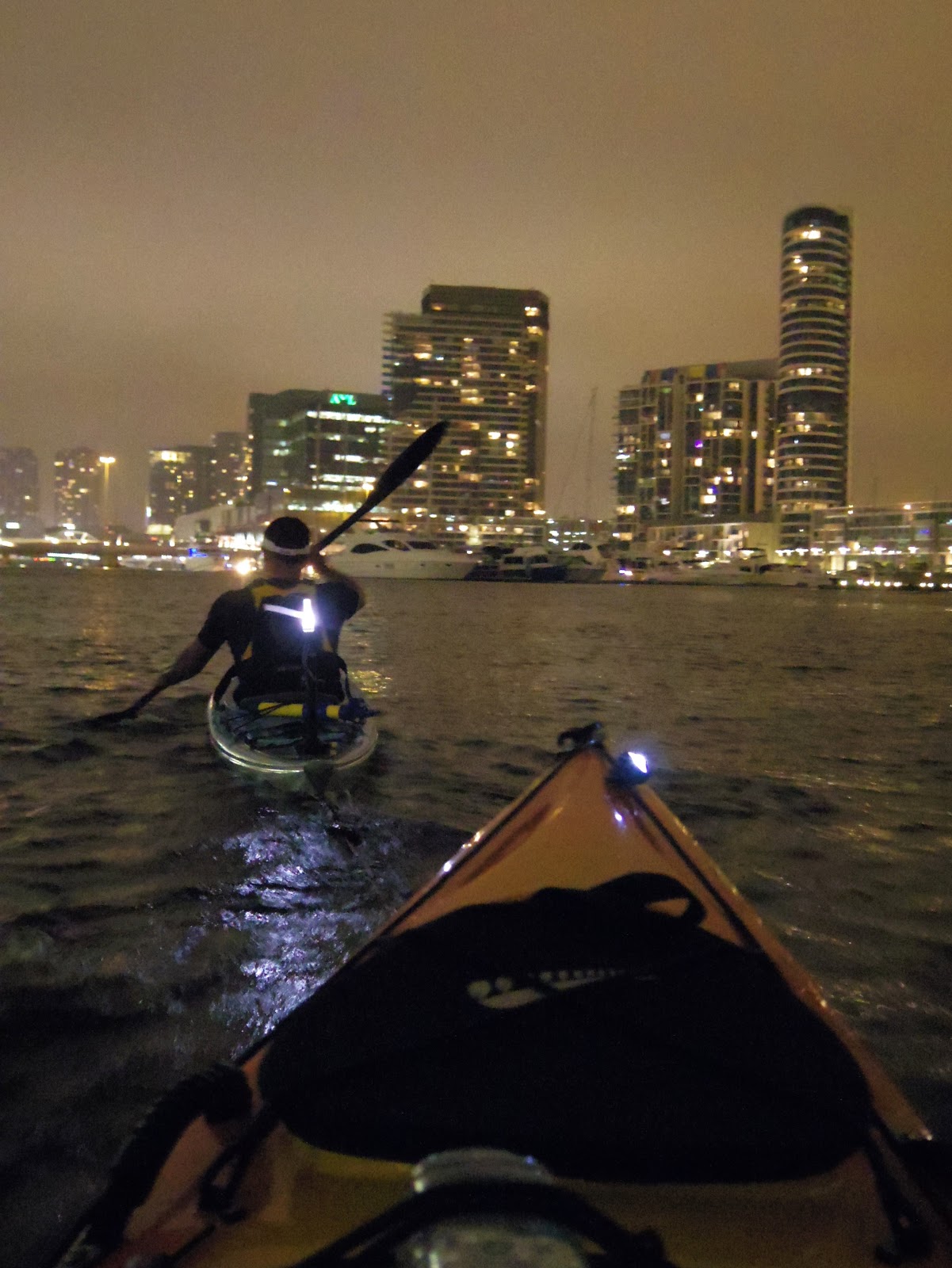 R holding down the fort, or kayak? We only got stuck once! :D 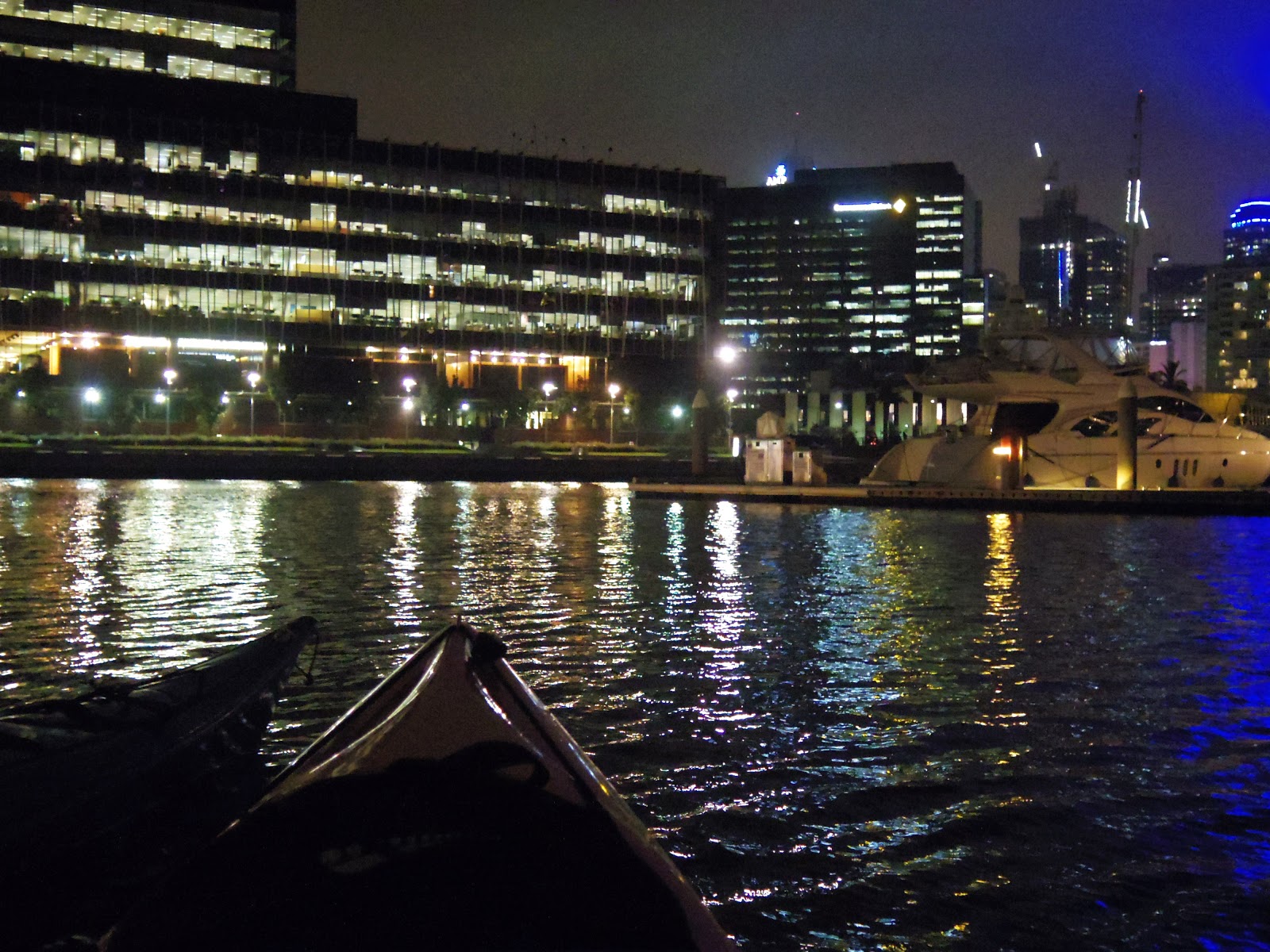 We rowed past ANZ Centre, headquarters to Australia and New Zealand Banking Group. 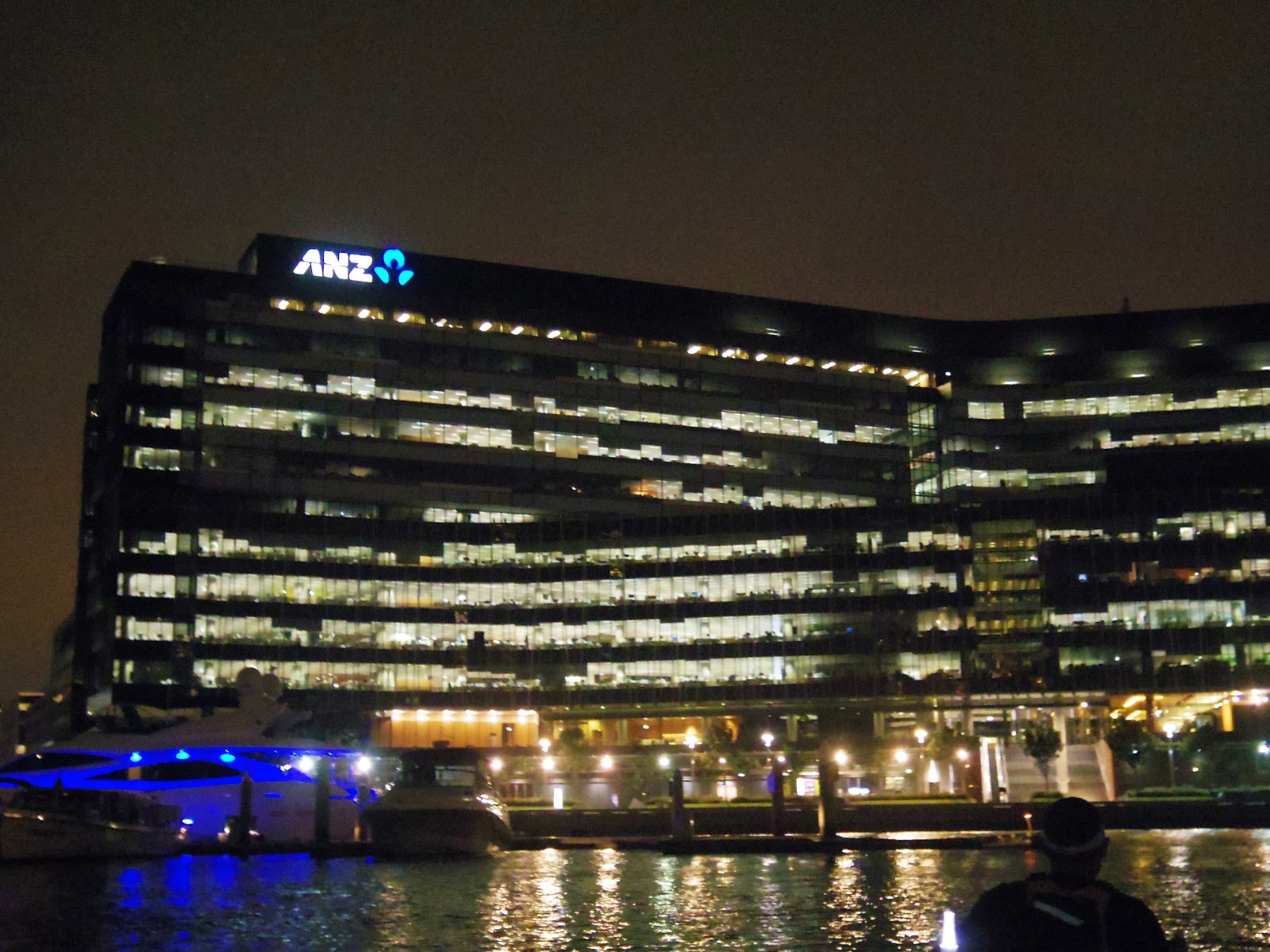 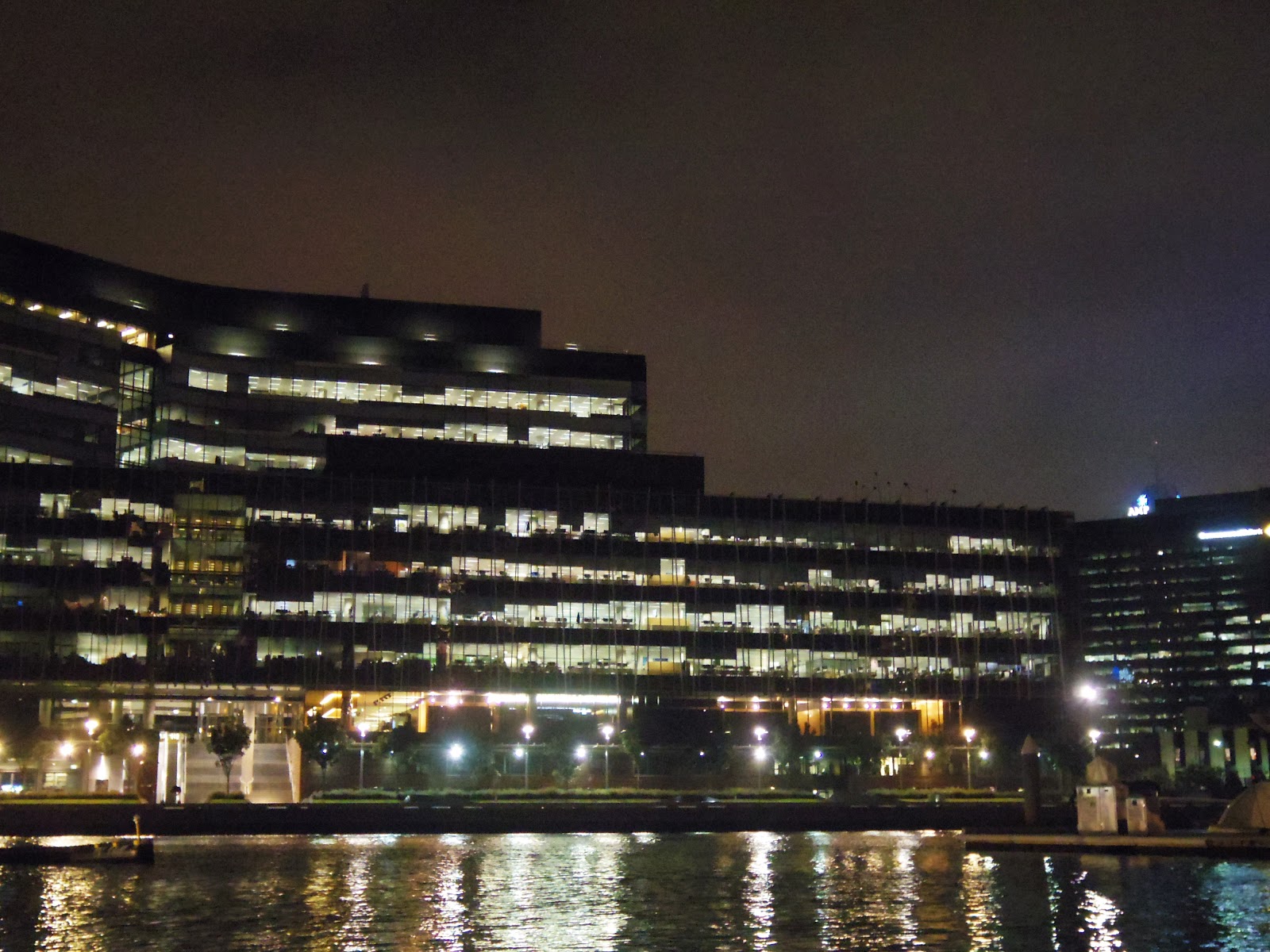 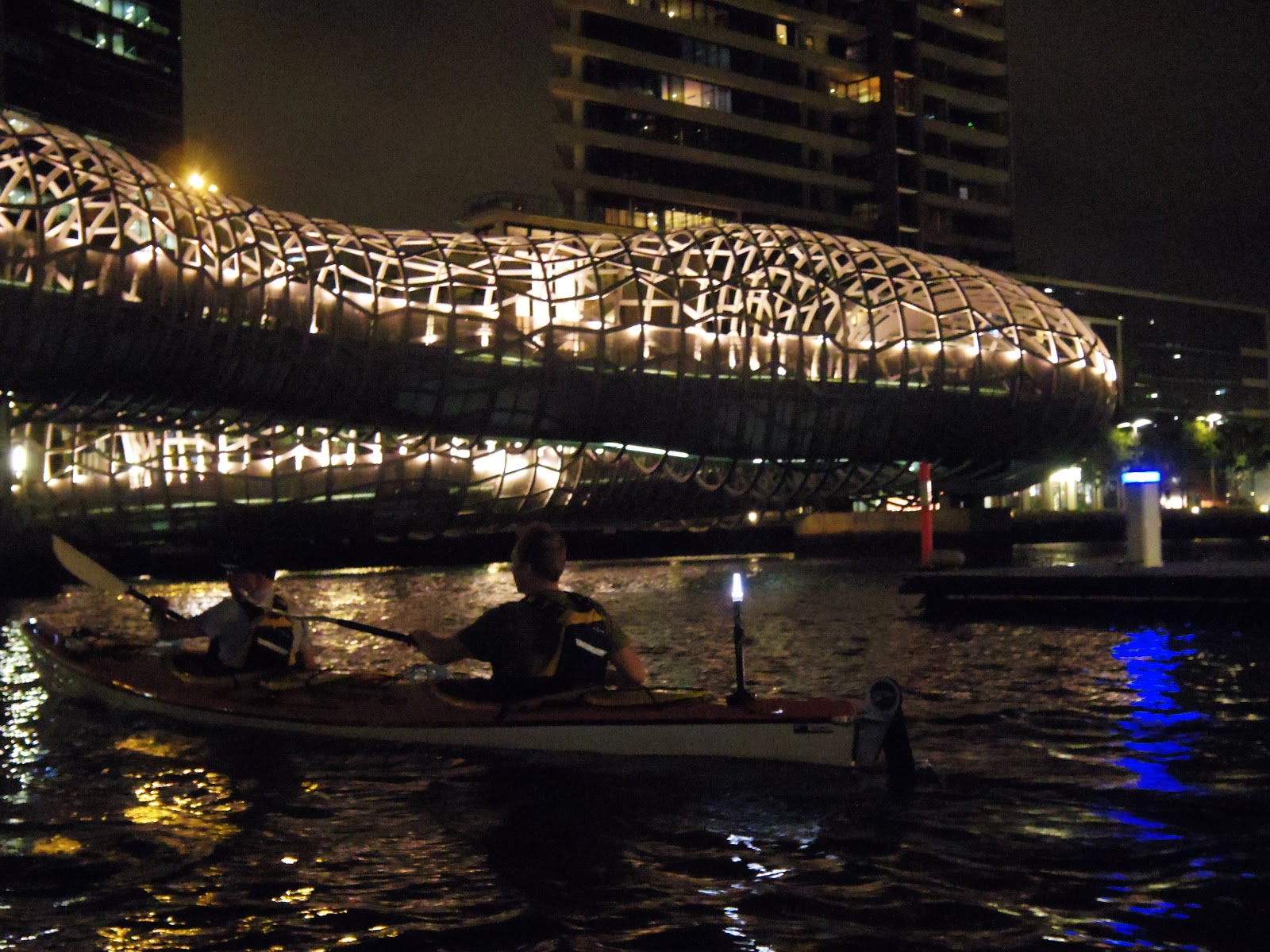 Passing under the unique Webb Bridge. 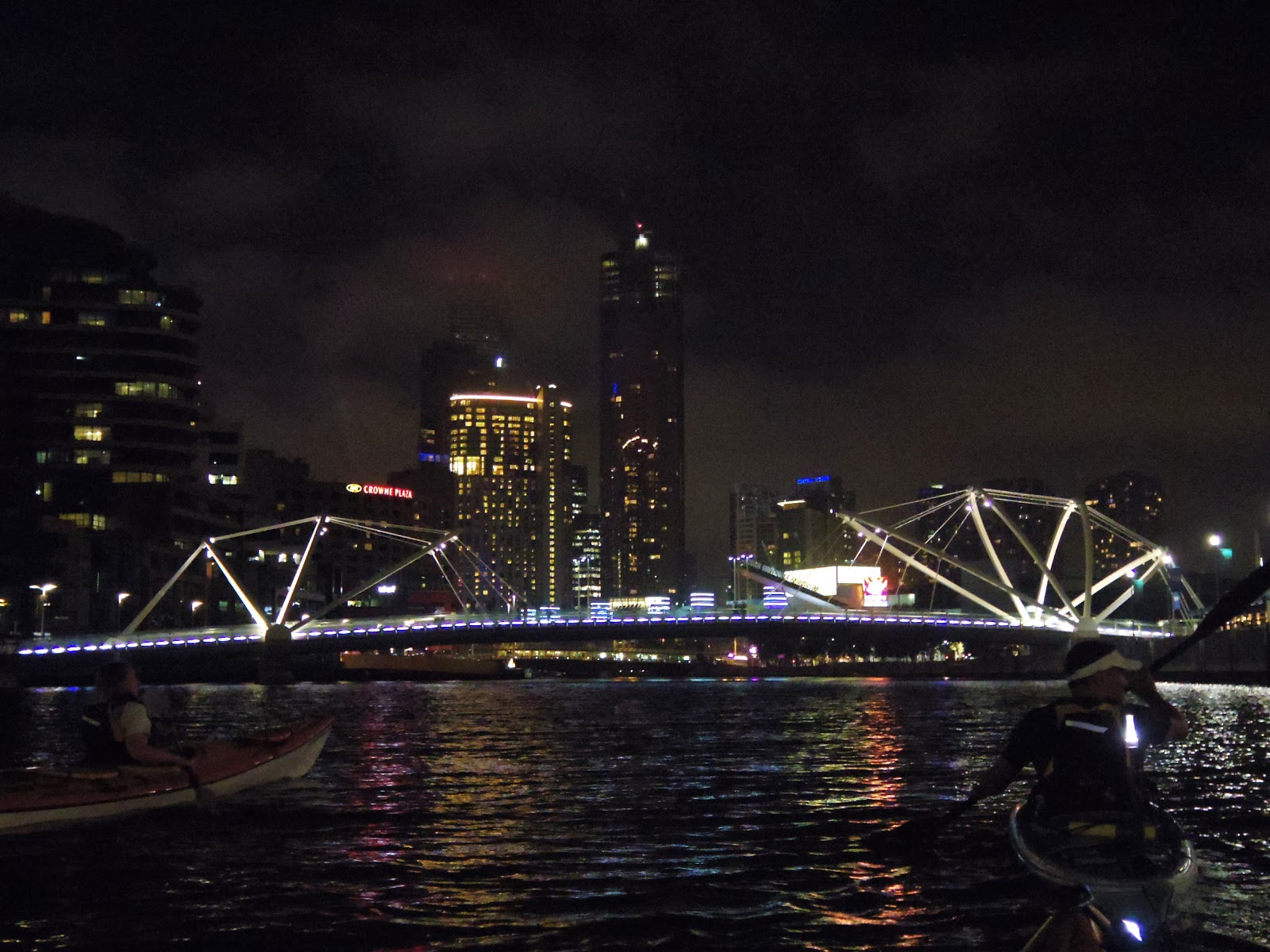 Seafarers Bridge was another interesting footbridge we passt under. 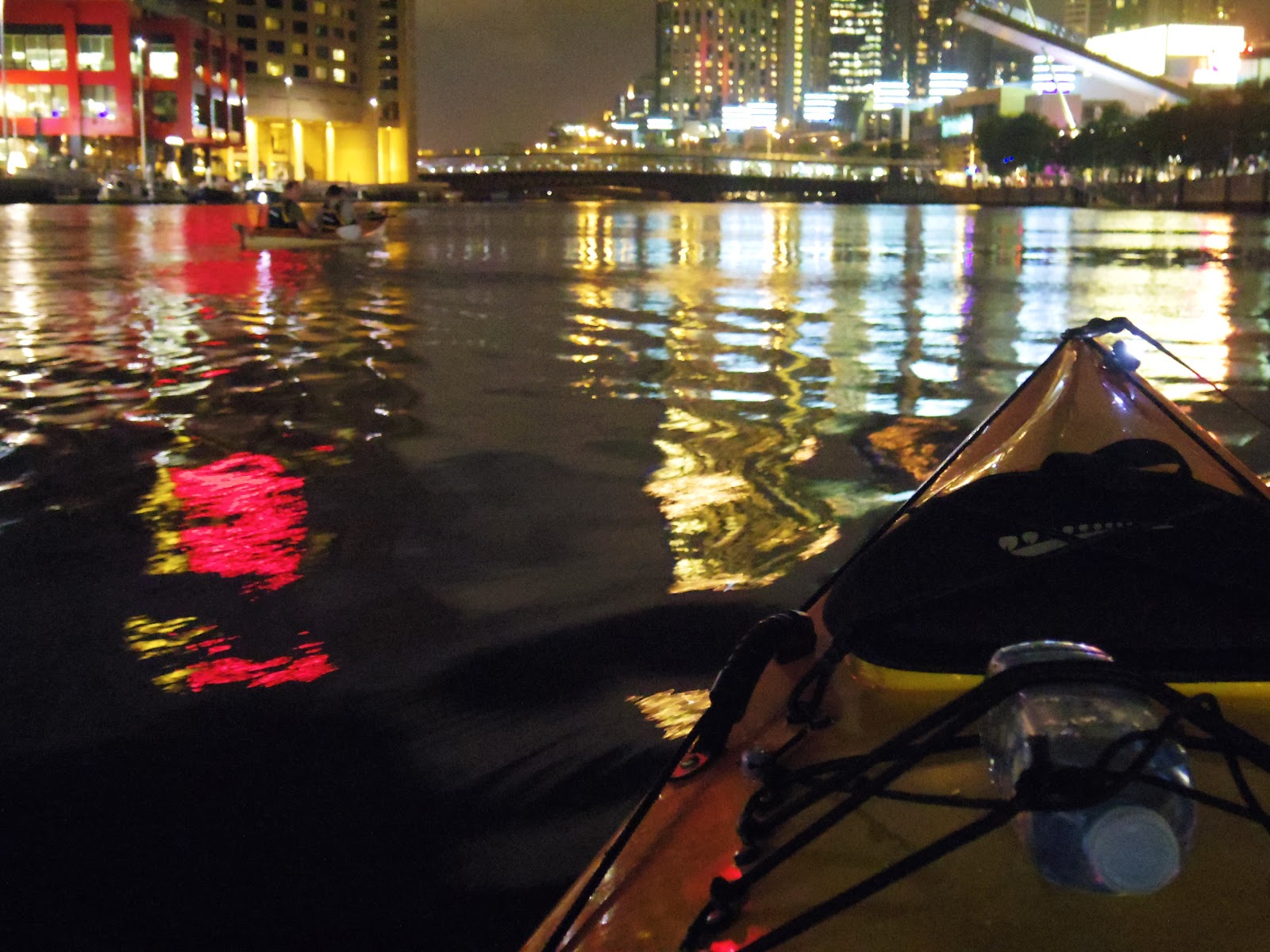 Row row row your boat...there was something exciting about kayaking at night! 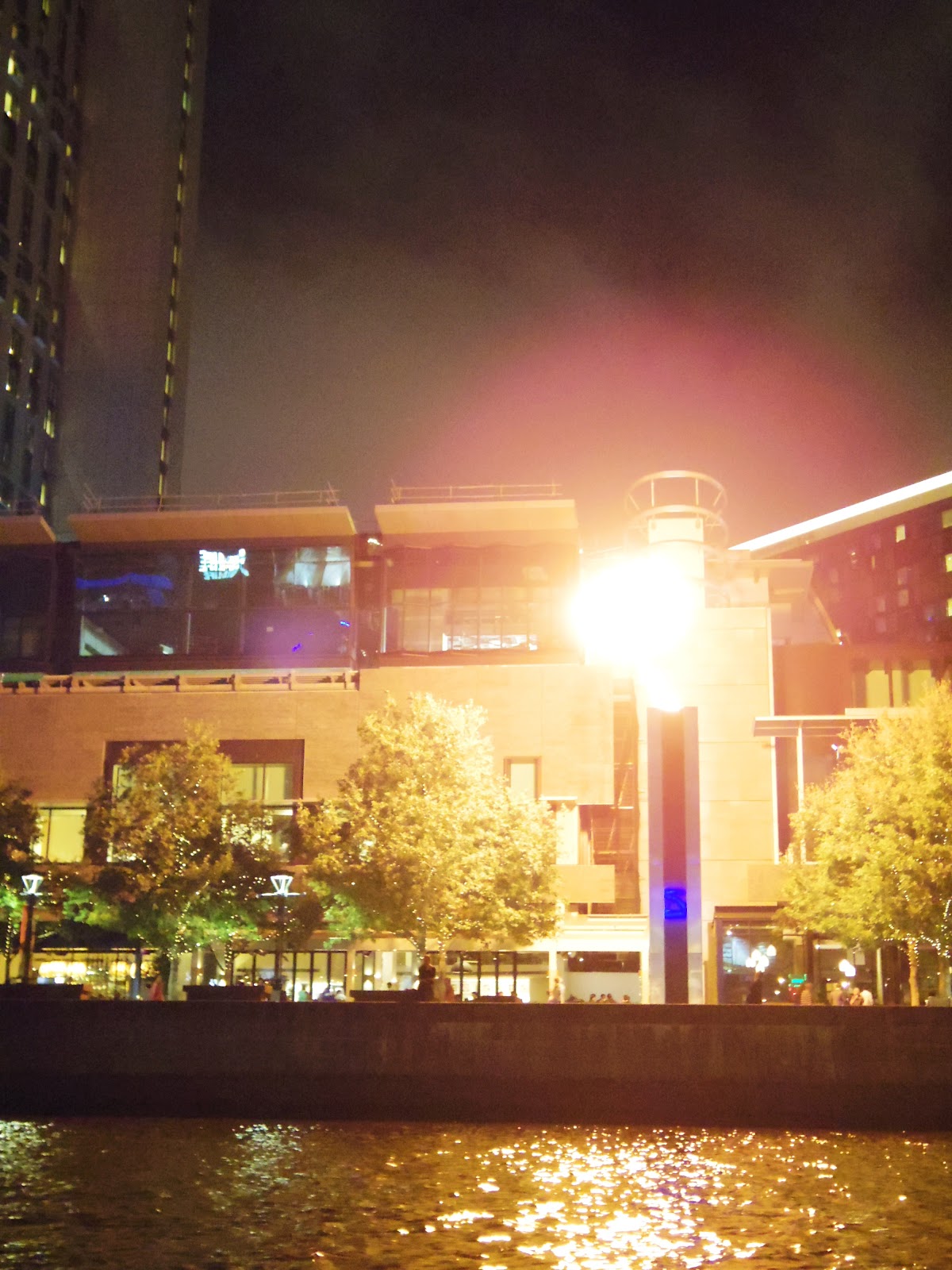 Our tour ended with a bang...or shall we say a ball of fire? It was a great way to warm up! :D 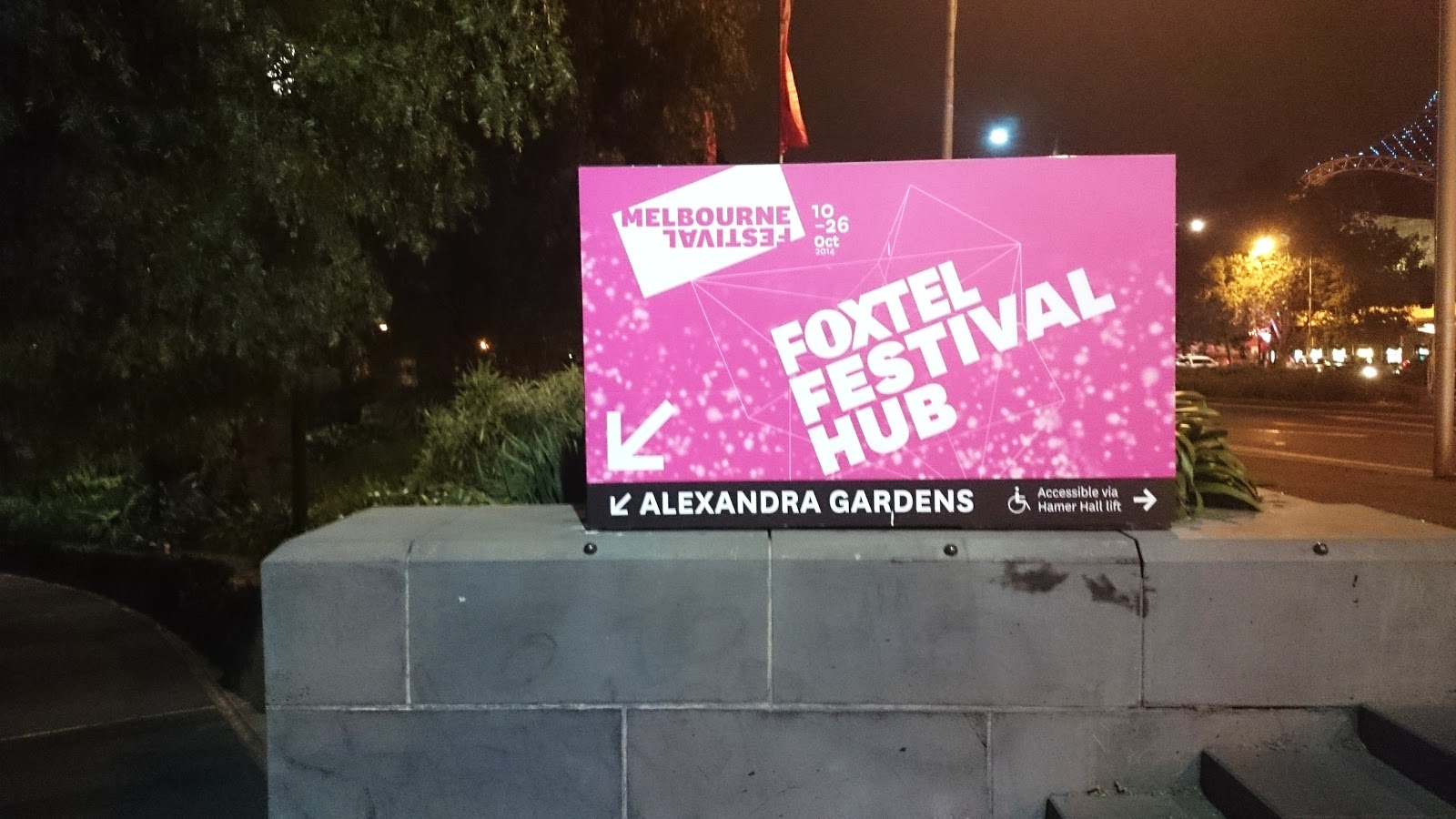 Still excited from our kayak tour, we stumbled upon this! 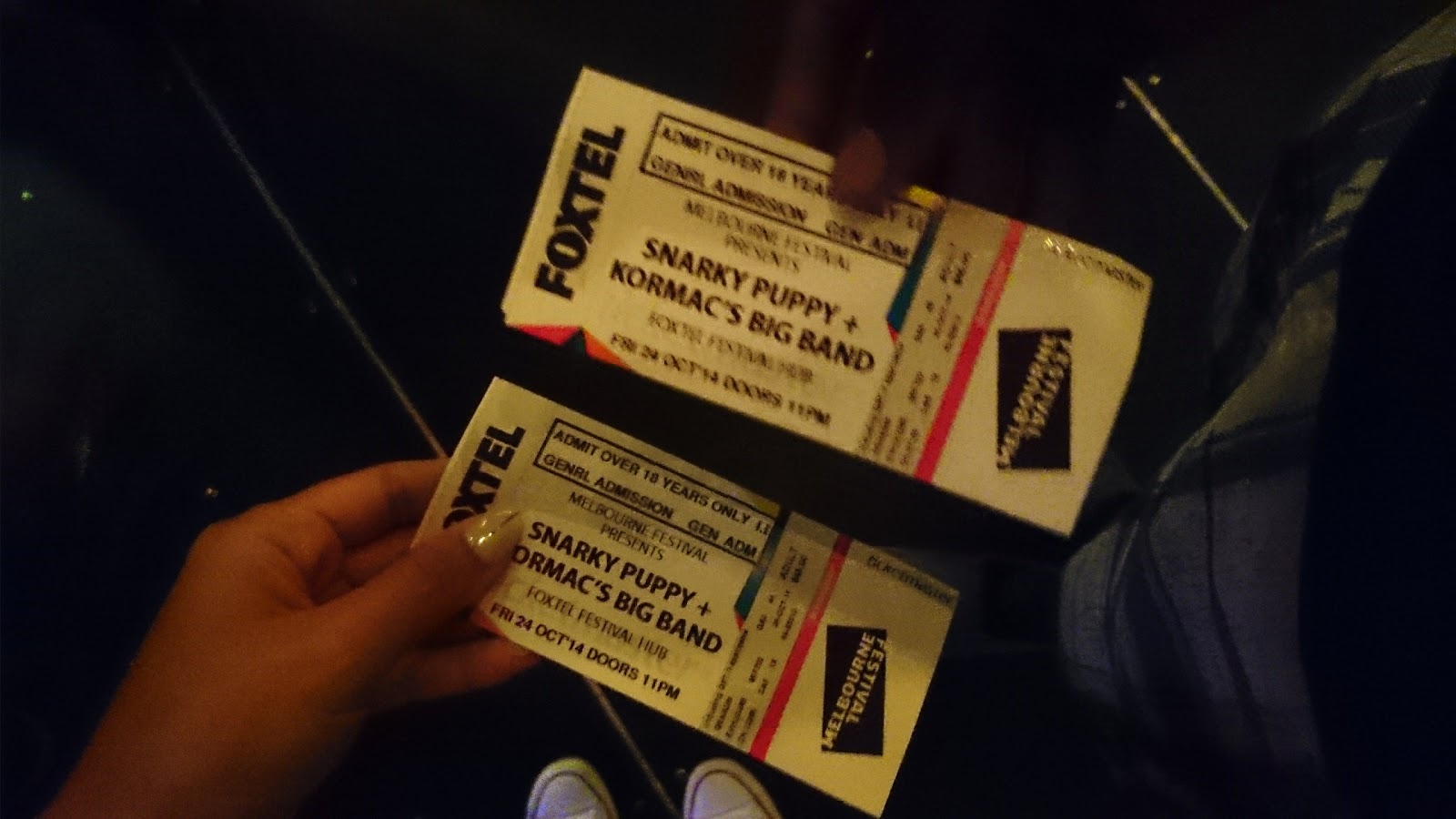 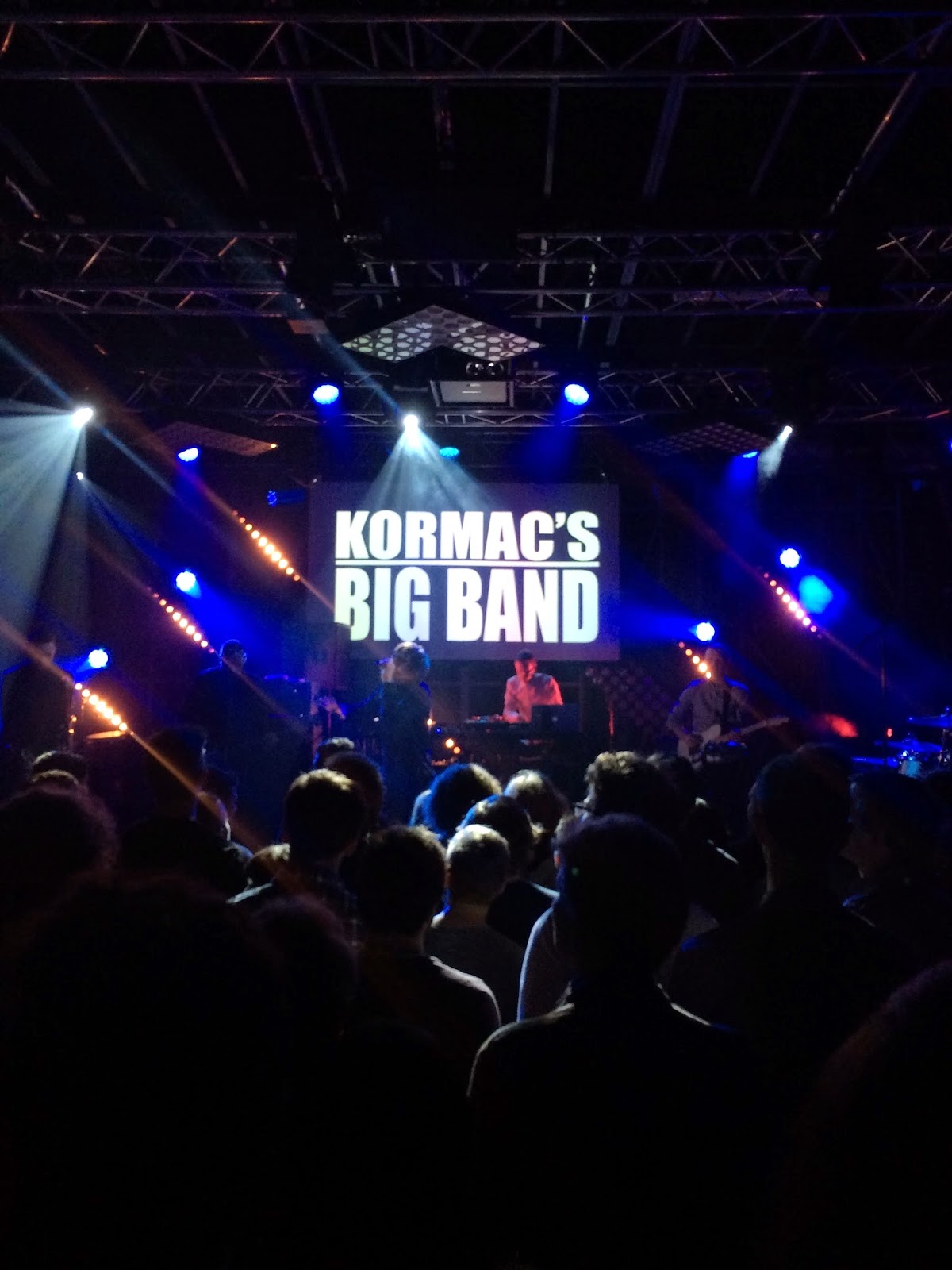 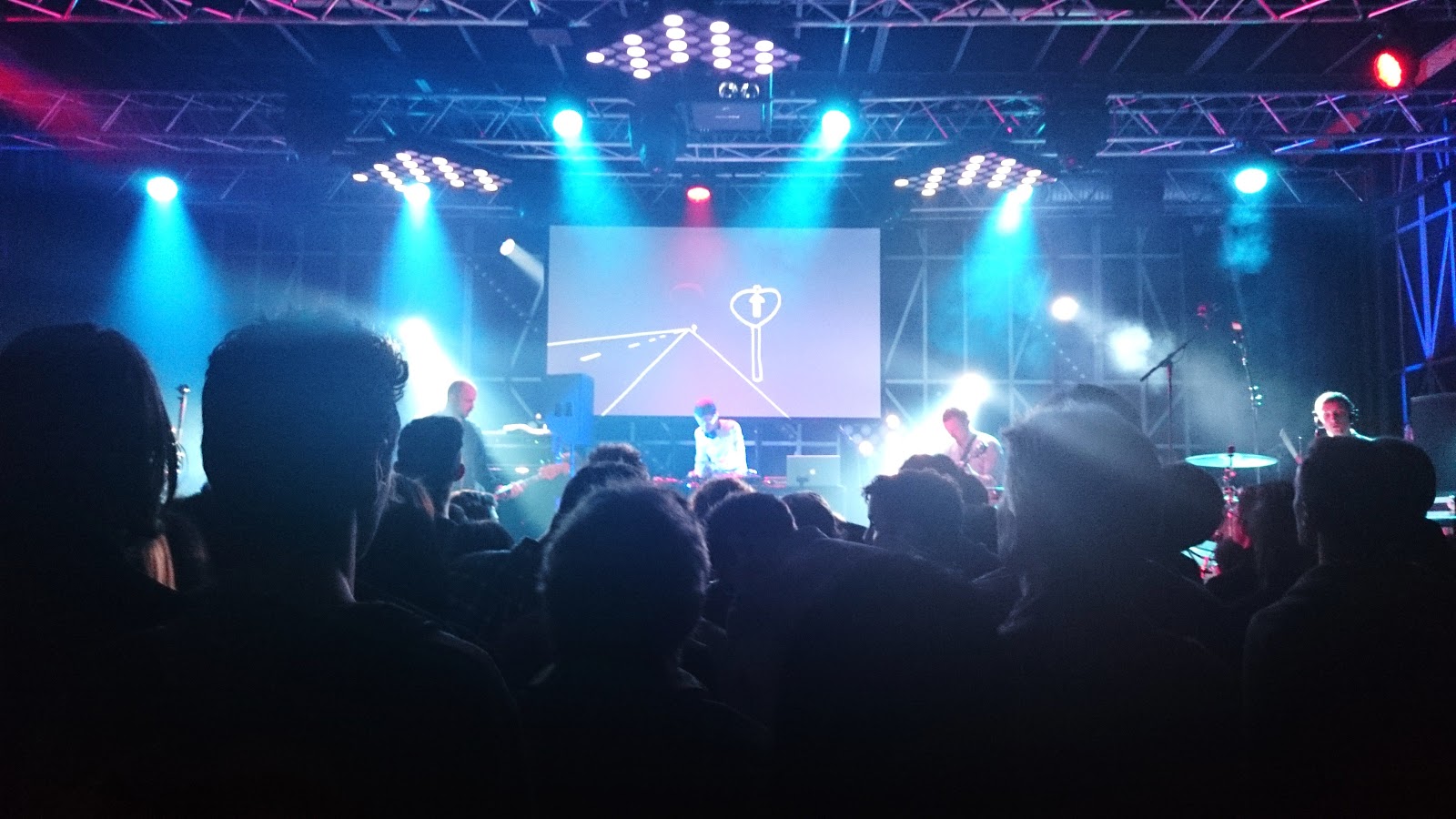 Australians are really tall...I was on tip toes the whole time! :D 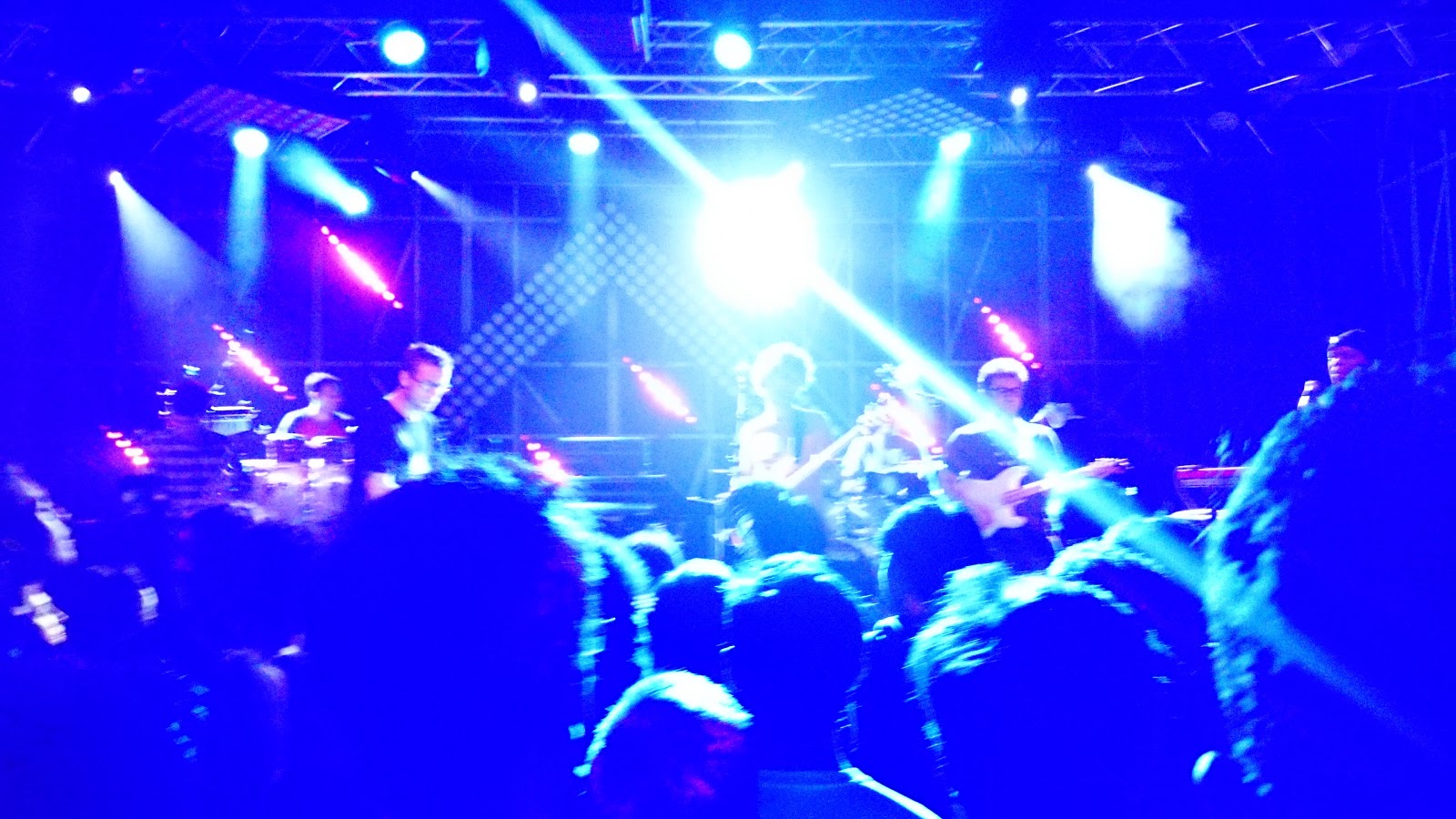 I loved Snarky Puppy! It was definitely "music to move the brain and booty!" 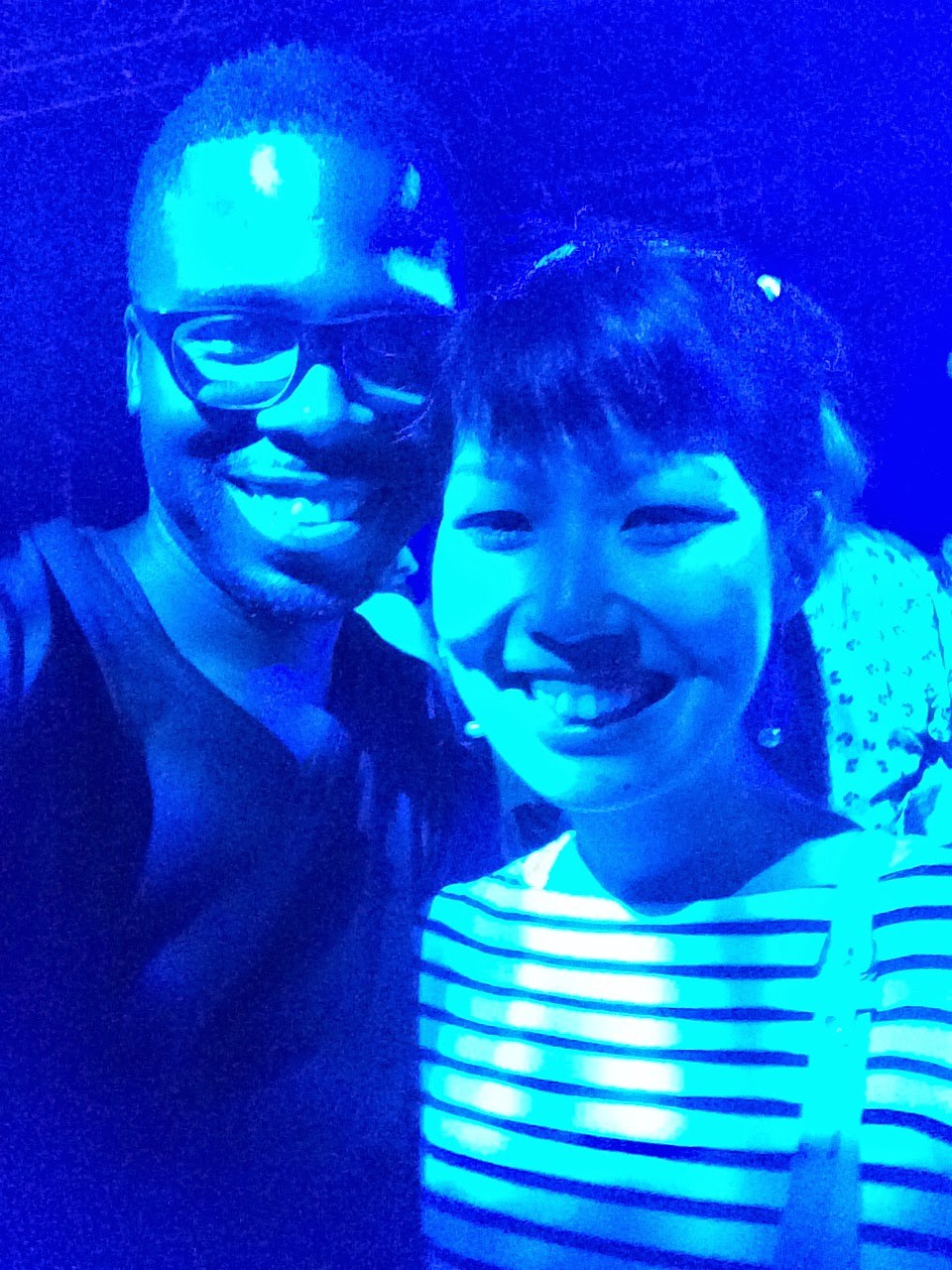