The Elephant Slide in Kagurazaka 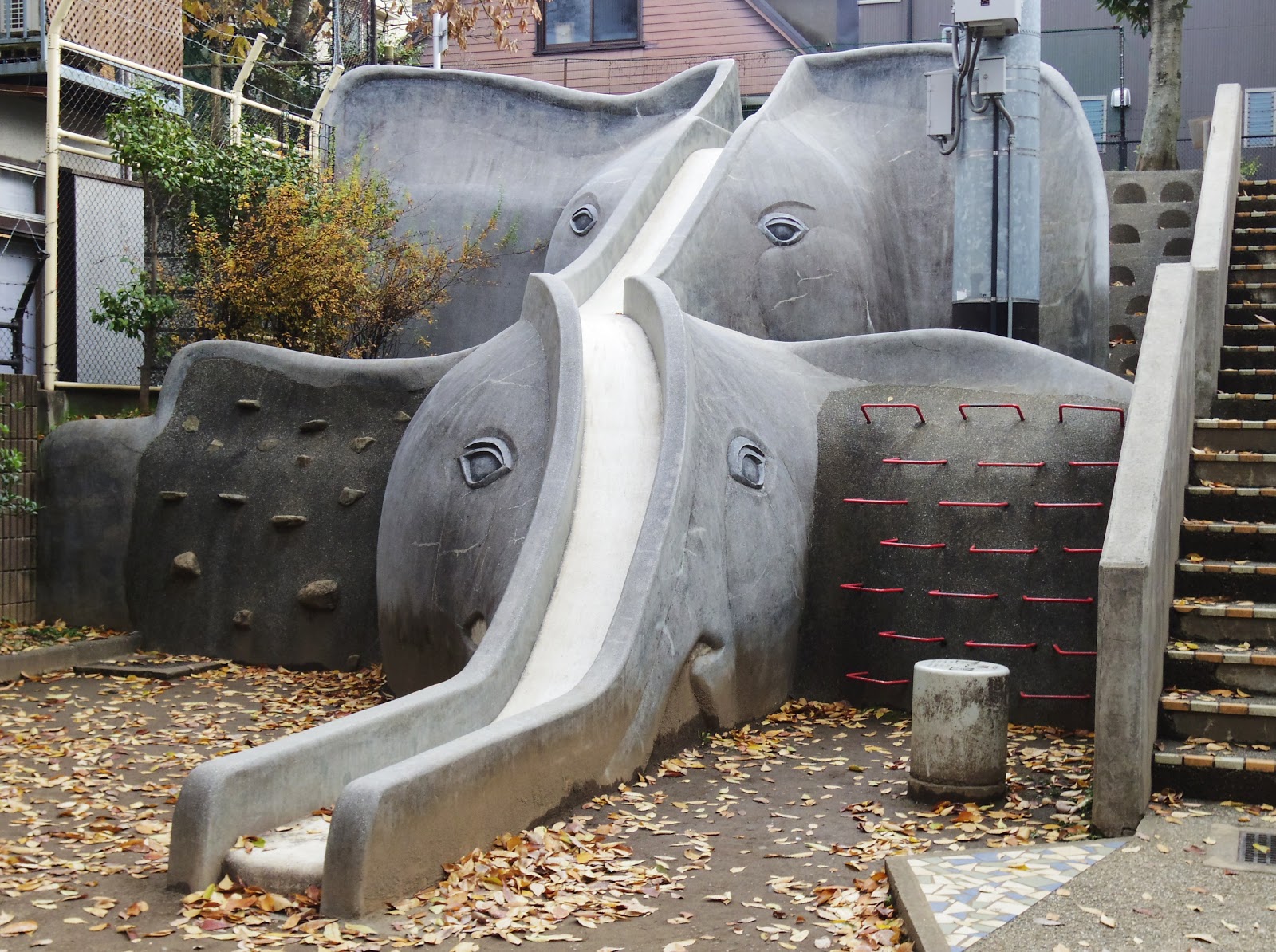 Taking a break from my travel posts...I thought I'd introduce you to these elephants!

Kagurazaka is a great spot to just wander the streets. On this particular day, I was heading toward Akagi shrine when I heard a screeching noise that could only be a dying crow or a child having tons of fun. It ended up being the latter.

I was curious what was going on so I followed the voices down the narrowest path there ever was and suddenly it opened up into a tiny park in the middle of a residential area. I love how this park feels like a secret, only people who know of it can see the entrance!

Then my eyes fell on these elephants. I also discovered what all the shouting was about. The kids were playing an intricate game of tag on the two elephants, which consists of a long slide (the nose), climbing rocks and pegs (the ears), and a tunnel (again the nose).

Akagi Children's Park (赤城児童遊園) is a very narrow park and what land it has is a large slope, which this elephant slide utilizes to its full advantage. So creative! These elephants are gigantic and surprisingly not too friendly looking. But I like their droll expressions and more importantly, the kids don't seem to care at all. The screaming was still going on when I left the park :D 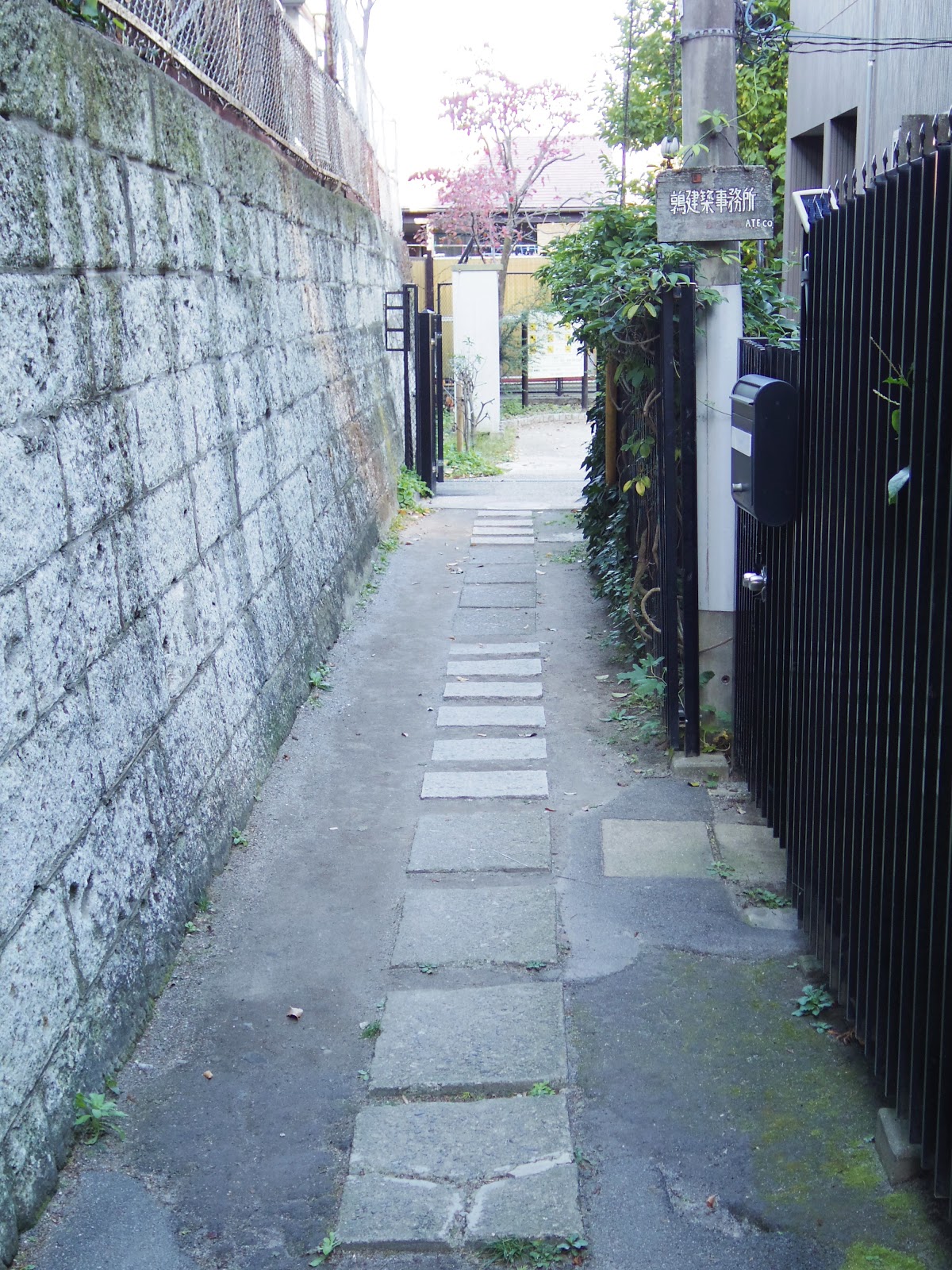 This is a path that leads to the top of the park. 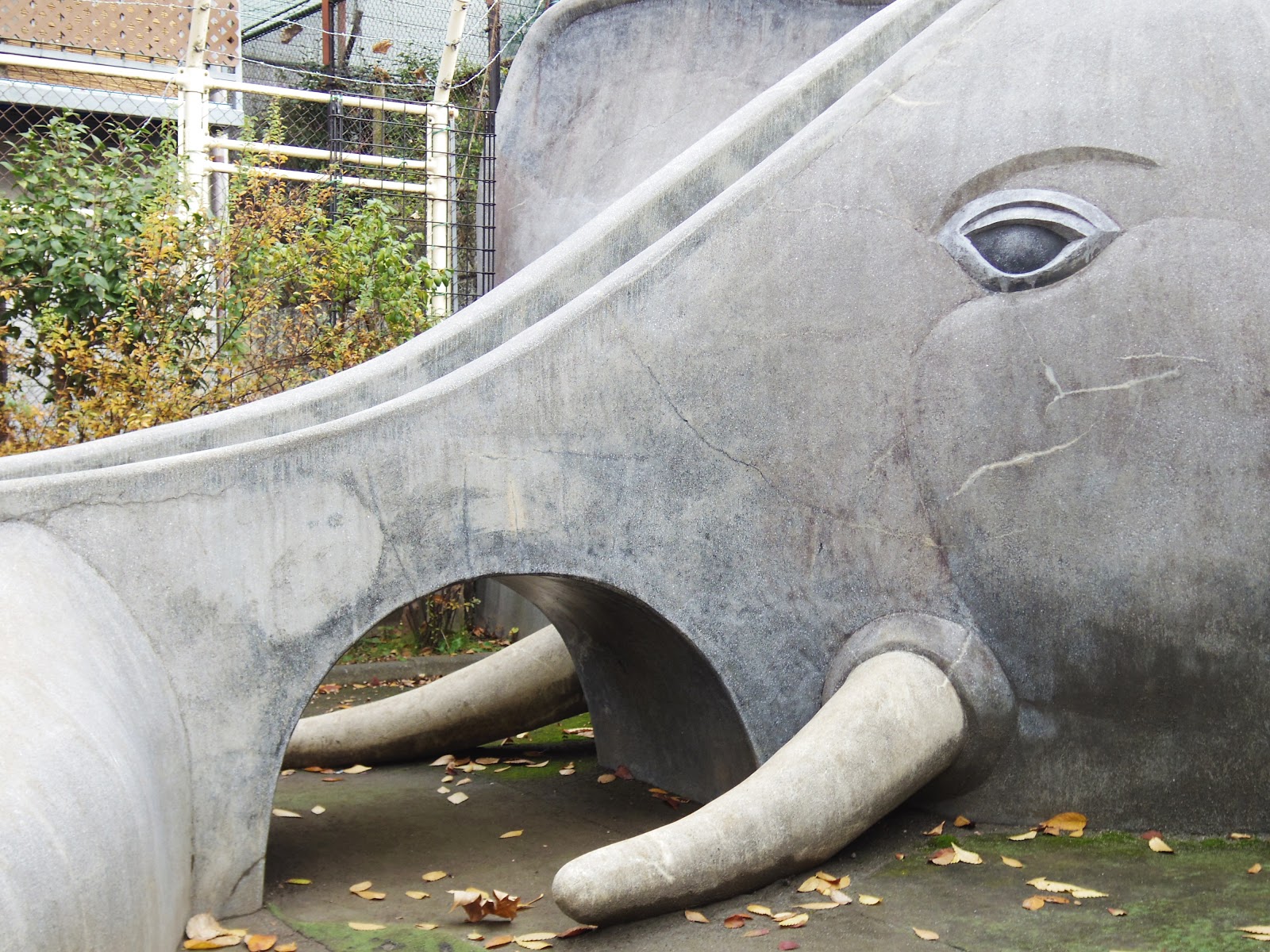 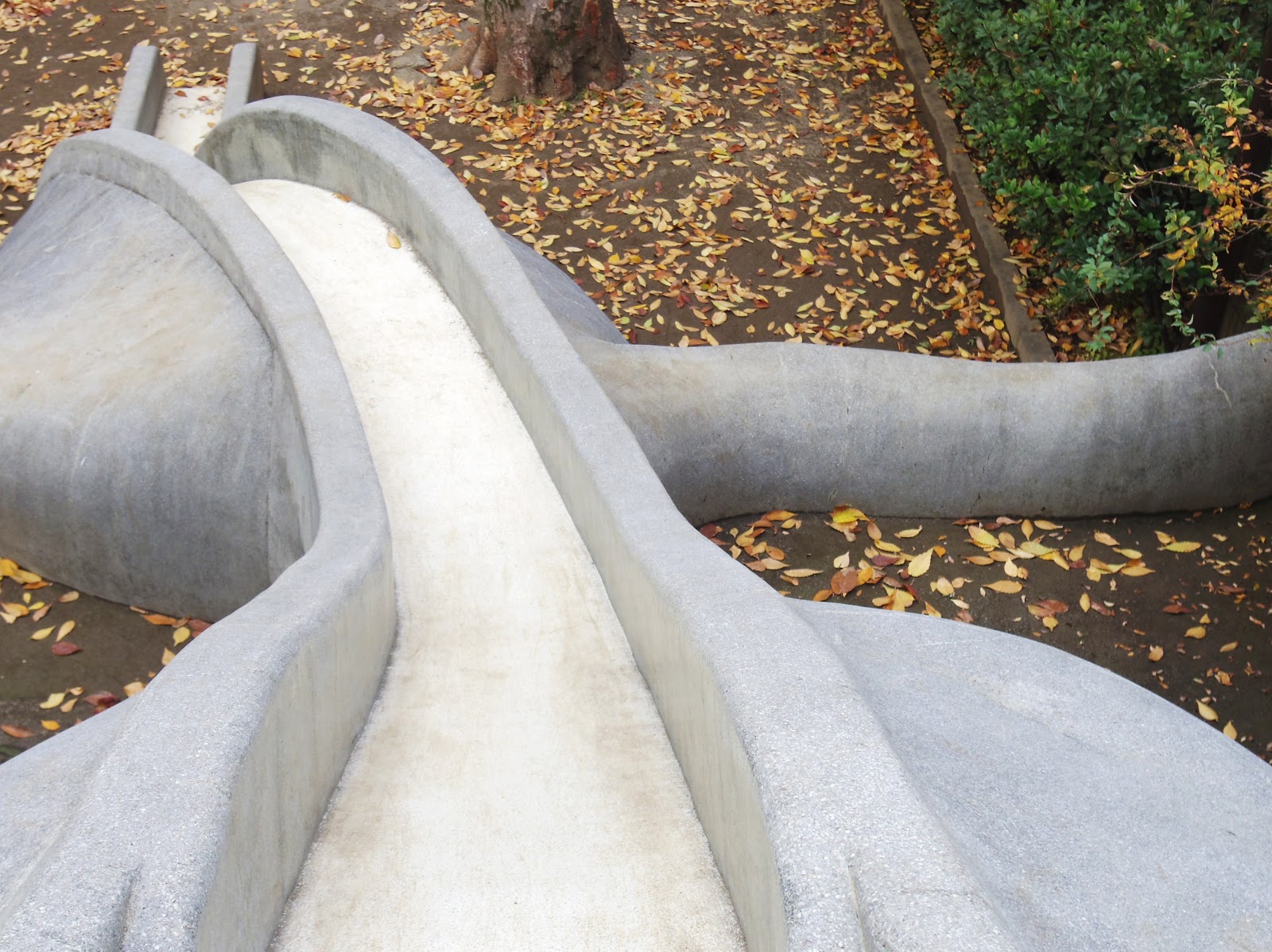 The slide down is quite long...yes, I somehow slide down but my butt didn't fit at all! 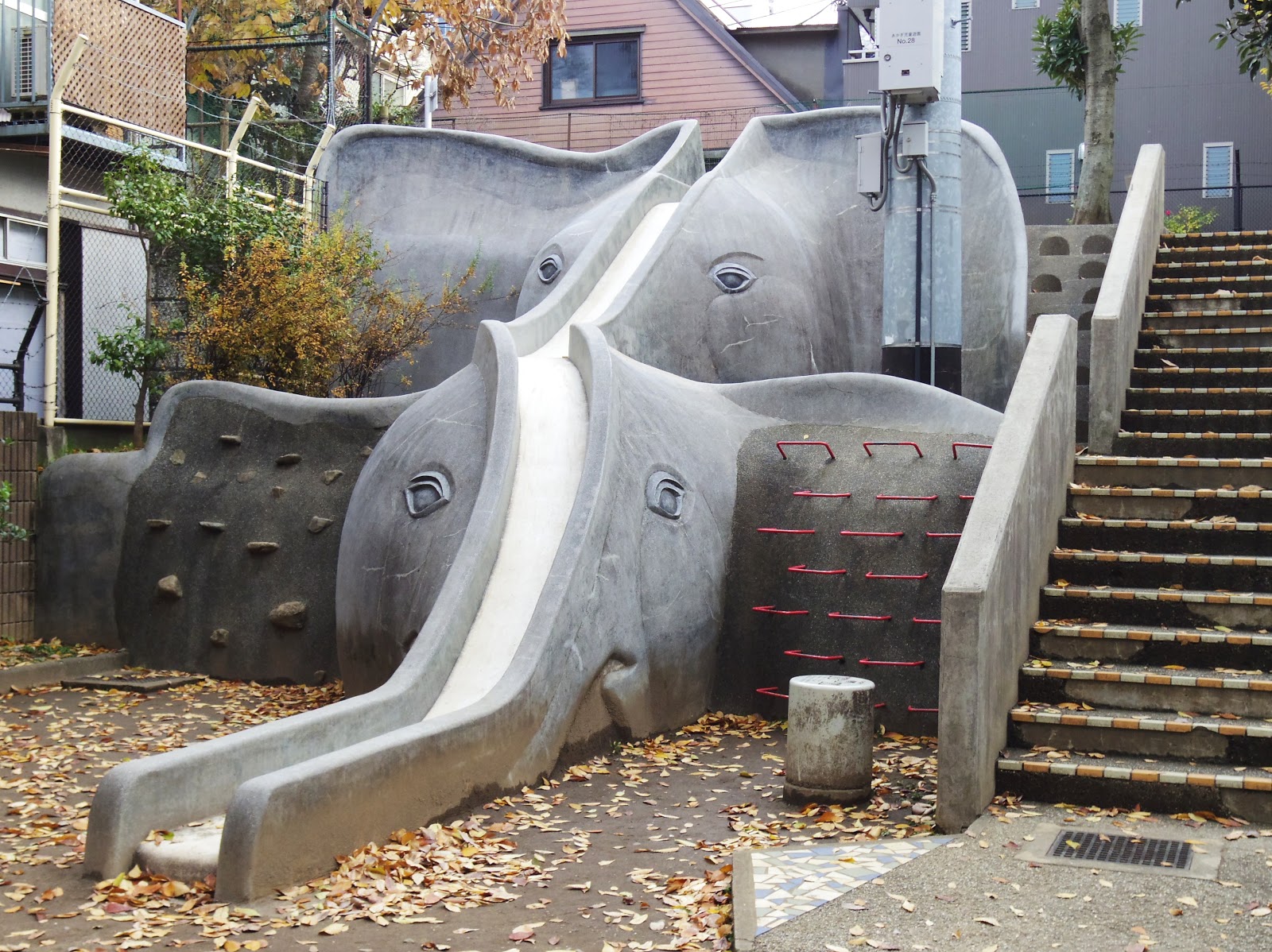 What do you think of these elephants? x