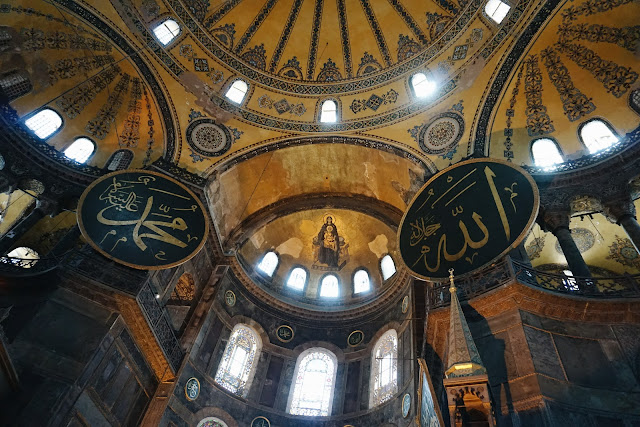 Where do I even start?

There were just so many interesting places to see in Istanbul. It's mind boggling, especially when it's your first time there. R and I decided we wanted to cover a mix of famous landmarks (because they're famous for a reason, right?) and a little random exploring.

Our first destination was the ever famous Hagia Sophia, or Ayasofya in Tukish.

This beautiful landmark has been a museum since 1935, but it has quite the colorful history. It was a Christian cathedral for 916 years, then later renovated and used as a mosque for 482 years. You can read about the long history here but I can tell you, this landmark has seen a whole lot of change.

The original church was completed in 360 during the reign of Constantius II, although it was his father, Constantine the Great, who ordered it to be built. I learned that this original church burned down during the riots of 404. A second church was built during the reign of Theodosius the Great, which later also burned down during another riot in 532. So it's actually the structure of the third church, built under Emperor Justinian I in 537, which still stands today.

After reading a little into the history of Constantinople, I am amazed Hagia Sophia actually withstood all the riots and occasional earthquakes that came thereafter. But thank goodness it did because Hagia Sophia is a beauty. The exterior is light and shades of pastel pink and blue, whereas the interior is very dark and gold. To me, it felt very masculine inside.

It's said that when Justinian I saw the completed Hagia Sophia, he exclaimed, "Solomon, I have outdone thee!" Despite the restoration and conservation work still underway inside Hagia Sophia (you can't really see it in the photos but the left side of the ground floor was full of scaffolding), I have to agree, it is fabulously grand.

R and I borrowed an audio guide at the entrance and slowly walked around the grounds, breathing in the rich history of Hagia Sophia.

Here are a few photos of what we saw: 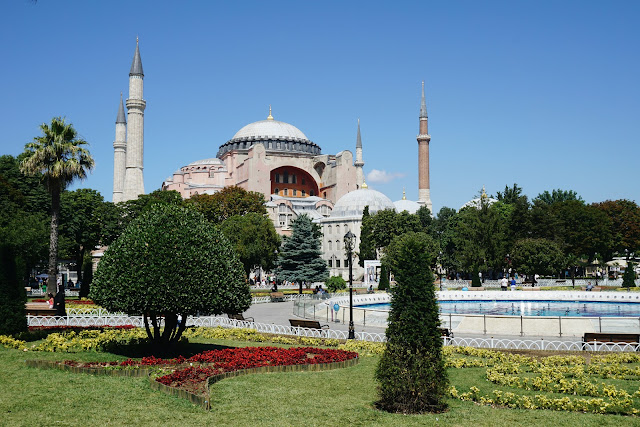 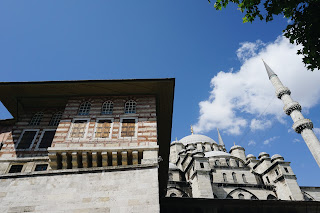 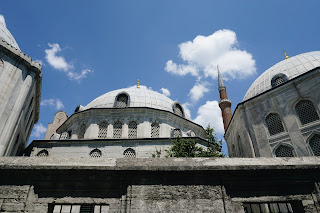 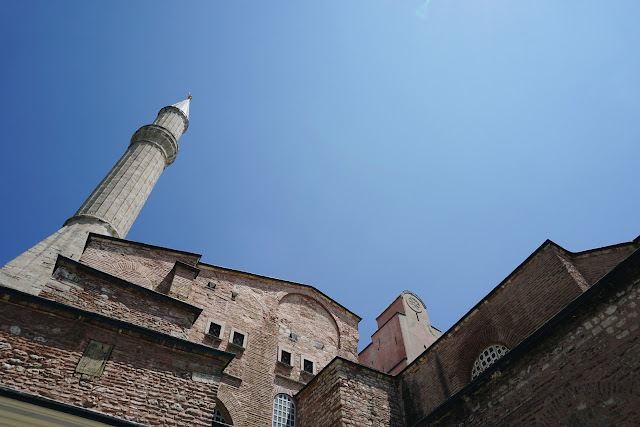 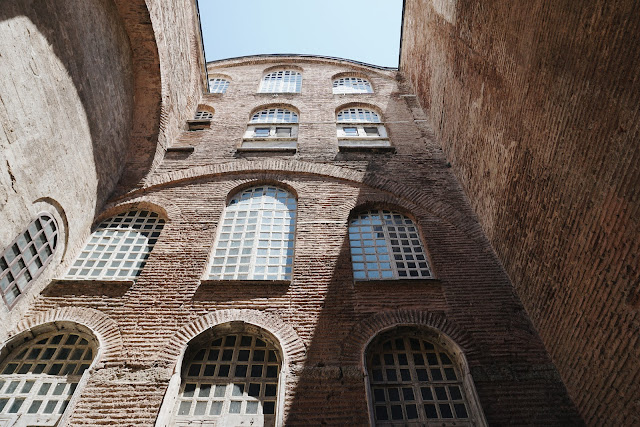 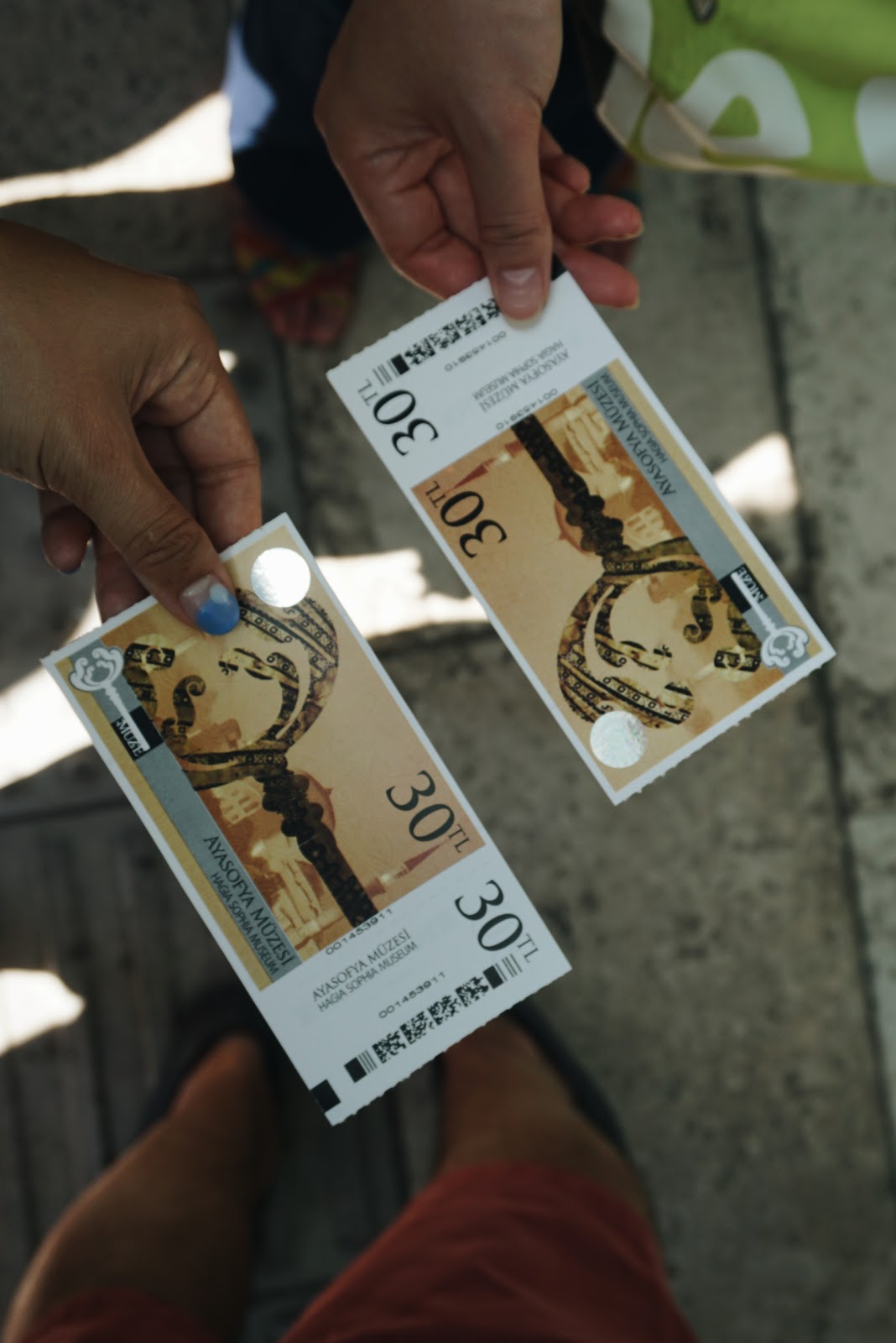 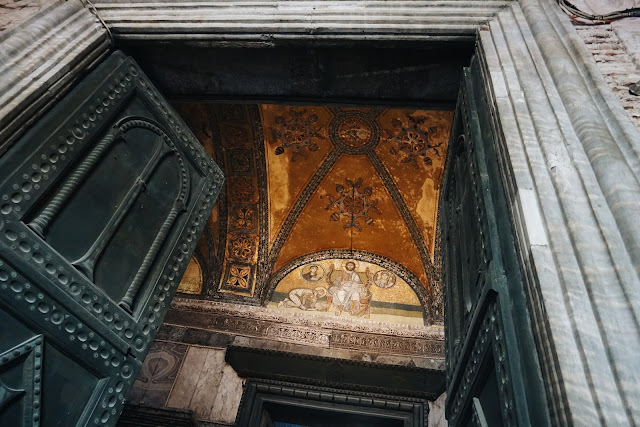 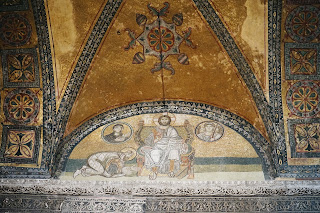 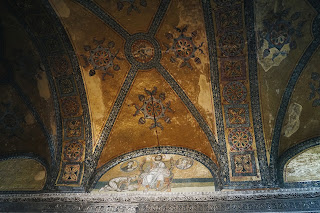 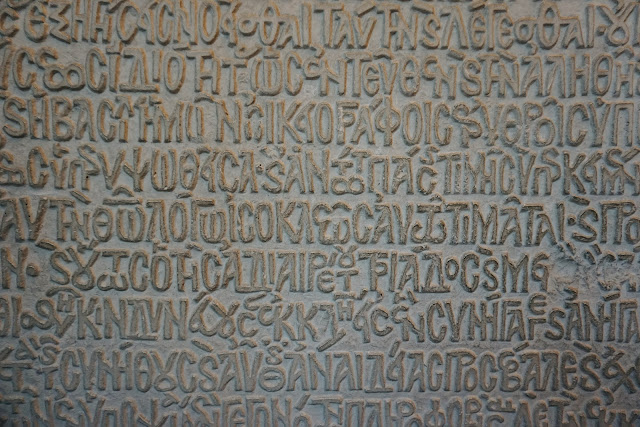 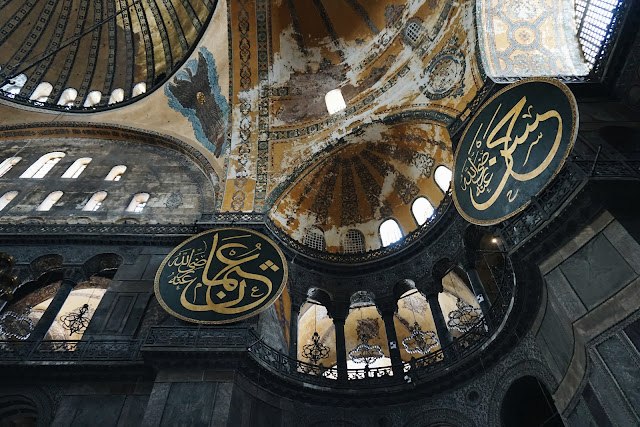 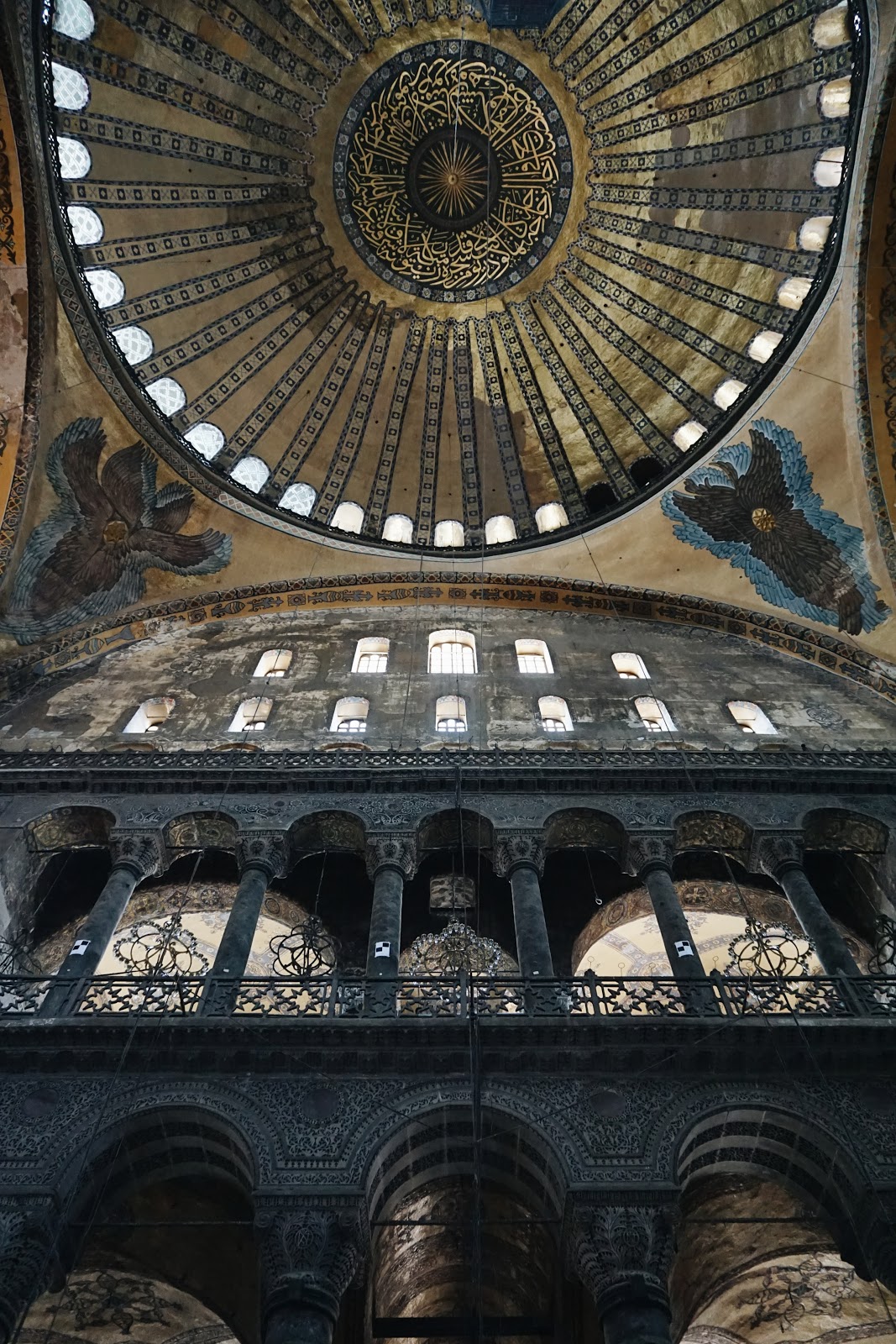 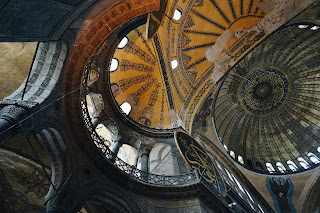 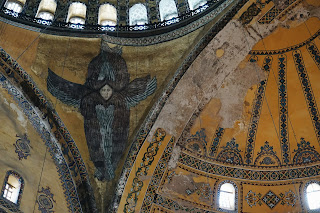 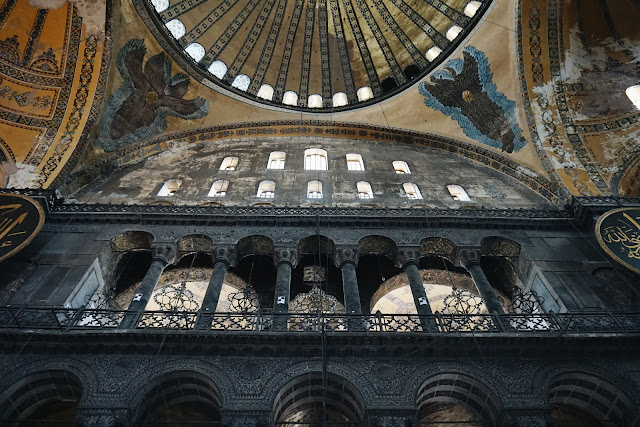 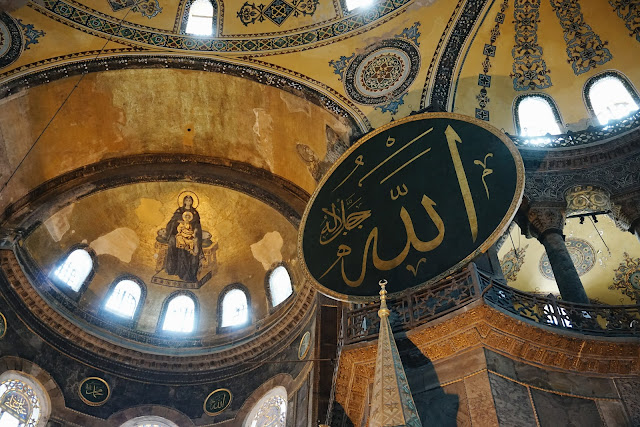 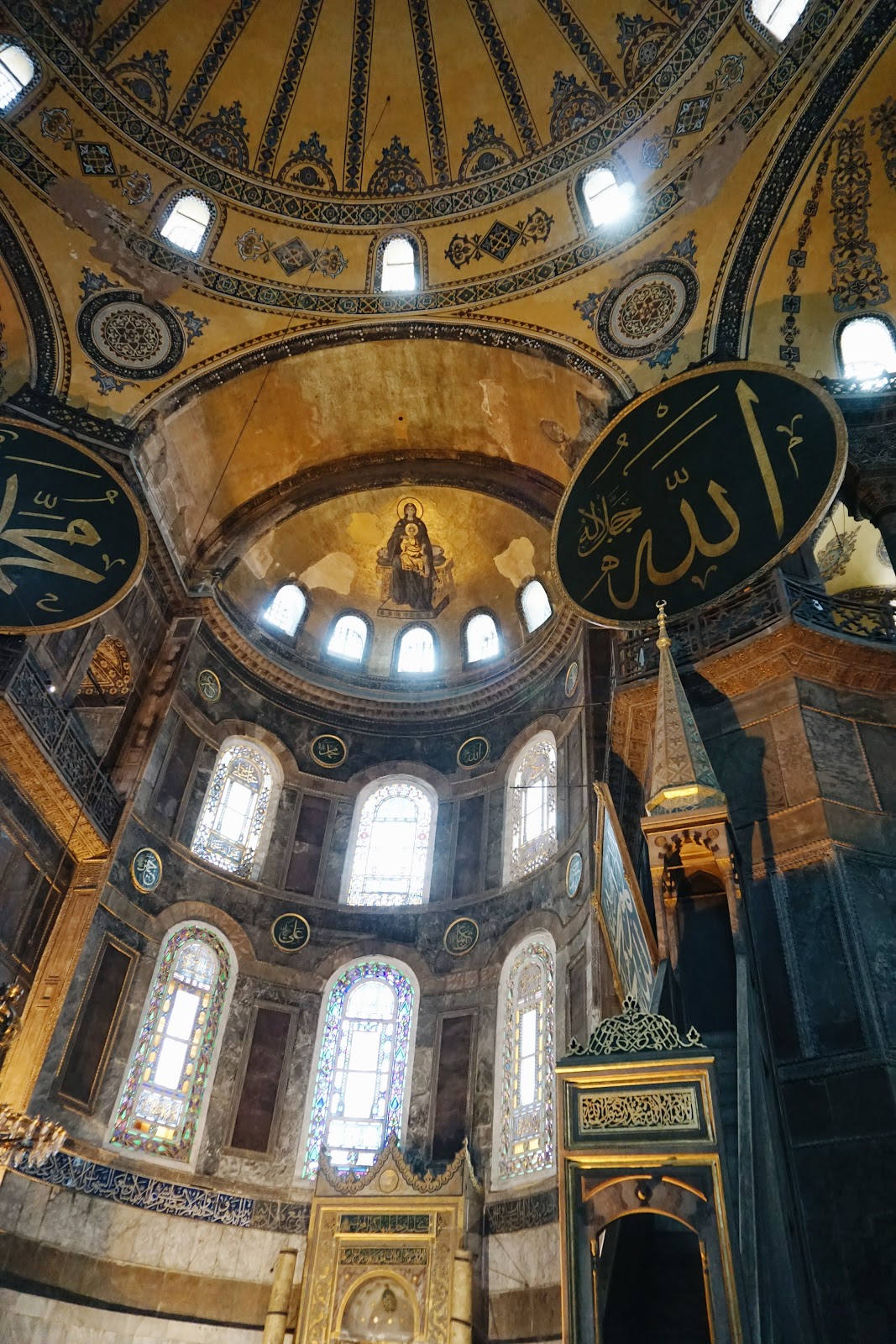 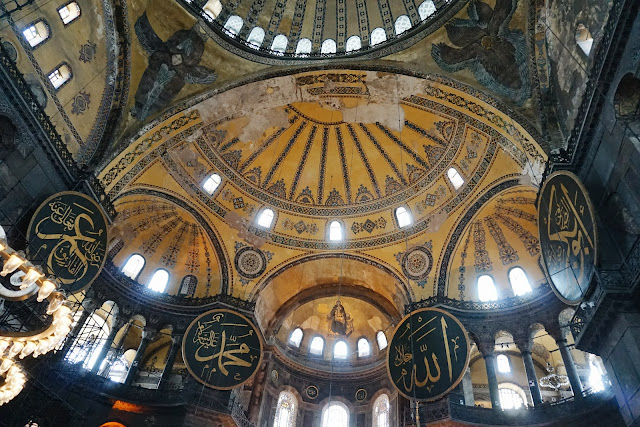 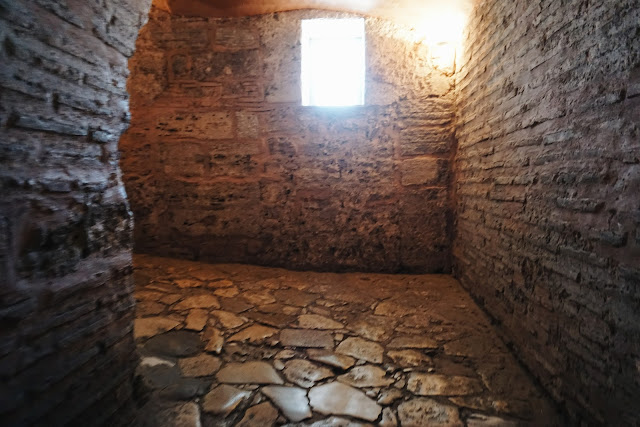 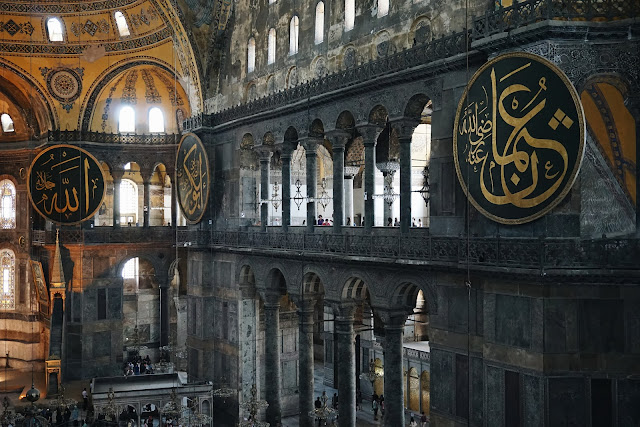 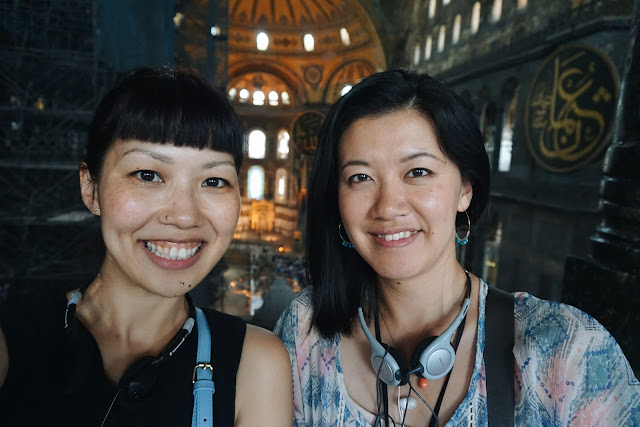 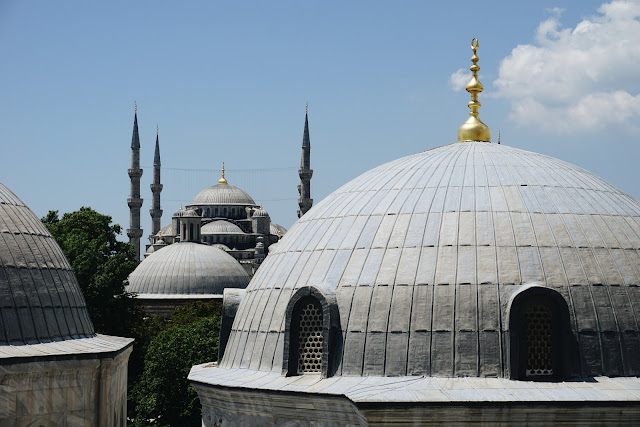 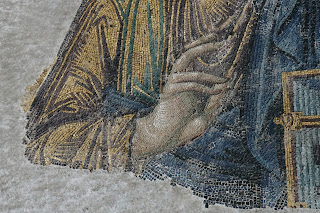 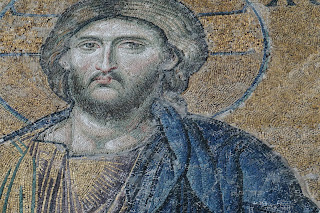 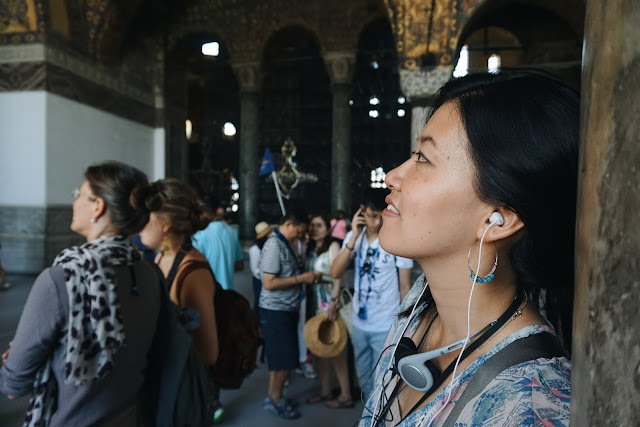 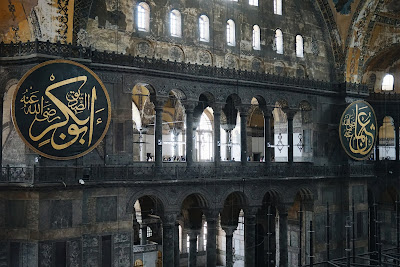 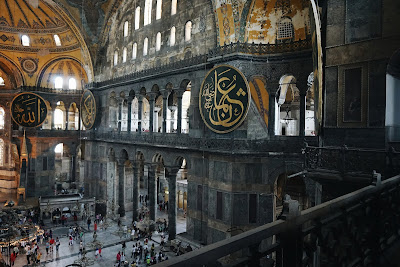 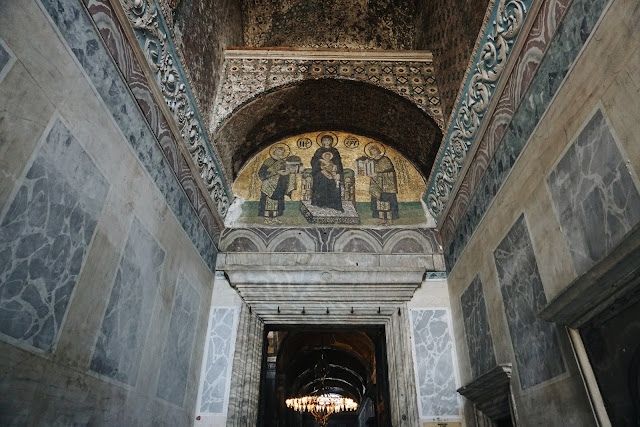